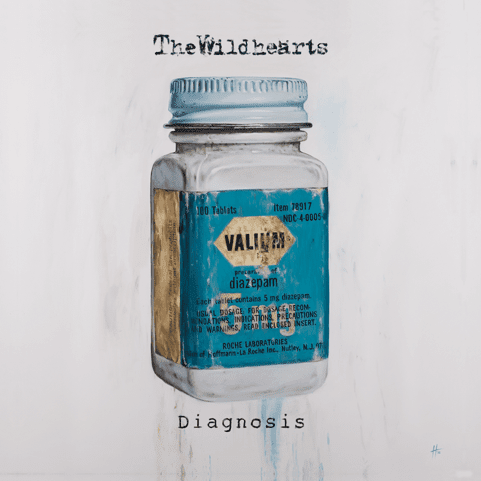 This six-track effort features five brand new songs and is released as a limited-edition special white vinyl with pale blue powder splatter 10-inch (to look like a pill) and as a regular black vinyl 10-inch and CD. All three physical formats will also include an exclusive bespoke inner gatefold comic strip illustrated by the award-winning Hunt Emerson, who last worked with the band on the "Earth Vs" cover and their classic logo.


"Diagnosis" follows the success of "Renaissance Men", THE WILDHEARTS' first full-length studio album in 10 years, which gave the band's classic lineup of Ginger, CJ, Ritchie and Danny their highest chart entry since 1994's "P.H.U.Q.", when it debuted at No. 11.


To coincide with the "Diagnosis" announcement, THE WILDHEARTS have unveiled a new video for "Renaissance Men".


Says C.J Wildheart: "Well, fuck me, we dropped our first new album in 10 years back in May and blow me down if we didn't drop a humdinger of an album full of monster riffs and razor-sweet melodies. Well, we've not only gone back in to the studio to record five new songs that will be released as the 'Diagnosis' mini-album in October, we're hitting the road too. We have some great supports confirmed already, THE PROFESSIONALS and JANUS STARK, and I know there are some other amazing bands to be added to the rest of the tour.


"You're going to love the new mini album and the surprises we have on there and the tour is going to be one you should not miss. You can't keep a good band down."


Added Ginger Wildheart: "The lead track 'Diagnosis' is about mental health institutions and the medical health profession in this country, and about how it's letting people down. How the system is broken, and how the suicide rate is not getting any less.


"Depression and mental illness isn't an issue that attacks any one type of person. Whether you're homeless or if you're rich, this illness is taking people out on a regular basis. The government has pulled most of the funding into mental health research, and as a result people are still ignorant about it.


"Education is everything. And the more people talk about depression, the more need there'll be for education, and the more people will want educating about an issue that doesn't just affect the people suffering from it, but it affects everyone around them. And when someone is in a desperate position and their hope is taken away, then they're at the mercy of an illness that wants them dead. There's nothing more important in the world than education on mental health issues."

Posted by The Sinister Angels realm at 19:36 11 comments: 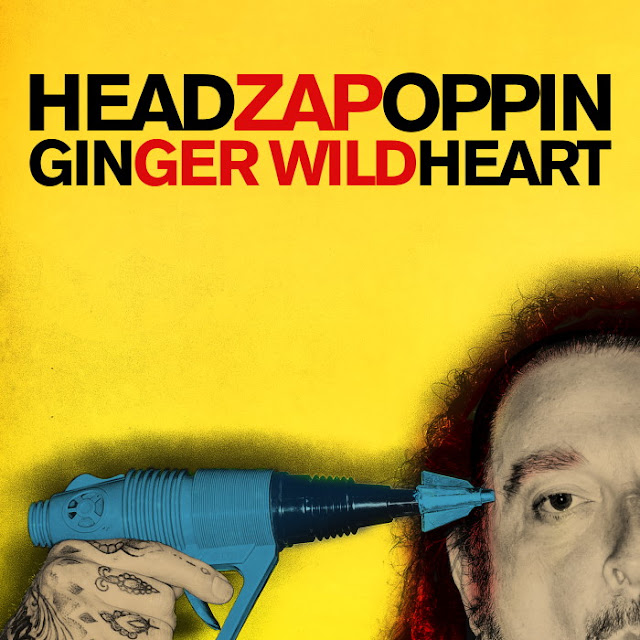 So it was little over a week ago that Ginger Wildheart started teasing the release of a new album, then bang, there it is titled Headzapoppin,  available to pre-order straight away through the Round Records website. The 10 track album will be released later this year, but those buying it now will get an instant digital download. Now that has to be the perfect way to get your Ginger fix on! Well as I have been a huge fan of both Ginger and The Wildhearts since around 1992 and the controversial Mondo Akimbo EP how could I resist? So what's the album all about? Well I will let Ginger explain that himself,

Ginger says: “Writing music is a form of therapy for me. It keeps my mind occupied and ensures that I live in the moment.
“This album is a collection of songs written while walking my dog Maggie on early mornings with very few people around and tons of ideas not suited to either The Wildhearts or my more rootsy solo albums.
“I figured if this album merely pays for itself, through a modest amount being actually available, then my work was worth it, and I subsequently will try to release one of these mixed packages every year.
“As of now, before anyone has heard this grab-bag of brain zaps, I have no idea if people are going to love this collection of musical mutts or hate it.
“My work here is done for now. Next stop, your ears. Wish me luck.”

The best way to describe the overall sound of Headzapoppin is that is more akin to Gingers solo out- put prior too his Ghost In The Tanglewood and Pessimists Companion albums. Giving the fans of Gingers work such as Valor, Yoni, Market Harbour, 555%, Albion and GASS a much needed fix, after his recent change in musical direction where he has been following a more rootsy musical path. The album opens with the excellent Meet My Killer. A great riff that drops into some almost ethereal vocal melodies, and a great chorus hook line! A great start to any album! Catch That Stranger follows, opening with a great melodic vocal melody before breaking down into a great guitar driven track that wouldn't have sounded out of place on either the Valor Del Corazon or Yoni albums. The refrain just before the chorus also brings to mind Gingers Mutation project or even the Wildhearts glorious Endless Nameless era for a brief moment, before the melody of the chorus kicks back in. A great song!
Up next we have the simply beautiful and melodic Saturday Matinee. A wonderfully soft track that I could have imagined easily worked into something that would have fitted onto Gingers more rootsy Ghost in the Tanglewood or Pessimists Companion albums. Once again a great song with some great heartfelt and honest lyrics too! Next we have Yorvik (My Hood). The song opens with a great bass line which leads into a little ditty where Ginger regales us with a description of his neighbourhood. Once again a great song that instantly worms its way into your brain. Love Is follows, a great song with a darkish moody feeling, in which Ginger describes his views on love, both the good and not so good points in a way that only Ginger can. A ballad of sorts I guess, a fantastic atmospheric and moody song none the less. As Theodos Spoke is strange little number. Opening with guitar feedback and a stomping bass line before Ginger slightly distorted vocals kick in. The song feels like its constantly building towards the chorus section. The best way that I can describe this track is imagine a cross somewhere between How I Won the Punk Wars from the 555% sessions and Gingers Mutation projects Frankenstein Effect. Boxes is a great little melodic rocker with tons of pop sensibilities thrown in. Next we have The Answer Is Yes, yet another great melodic song that could have been a great Hey Hello track in my opinion. A great singalong chorus and some atmospheric guitar arrangements. Love it. The albums penultimate track, Pound coins and Kitchen Roll has to feature some of the most down to earth introspective and honest lyrics ever written! Once again a lovely simple melodic song that just works so well. The album closes out with Zap. The track opens with a great single guitar riff, with Ginger singing over it, before more guitars kick in and the song explodes into life. Once again the lyrics are brilliantly honest and down to earth!.
A great way to close out any album.
As previously stated Headzapoppin provides a much needed fix, after his recent change in musical direction where he has been following a more rootsy musical path.

And finally we are back!

Soooo, after an extended absence of over 12 months we are finally breathing life back into this old blog, largely thanks to a certain Mr Ginger Wildheart, whom together with the Wildhearts have / are about to, unleashed an avalanche of great music upon us this year, but more on all of the in later posts.
Again I cant promise just how frequently reviews are going to be posted, but please rest assured that they will be posted!

Well thank you all for checking this little blog out and I hope that I can help point you in the direction of some great music! 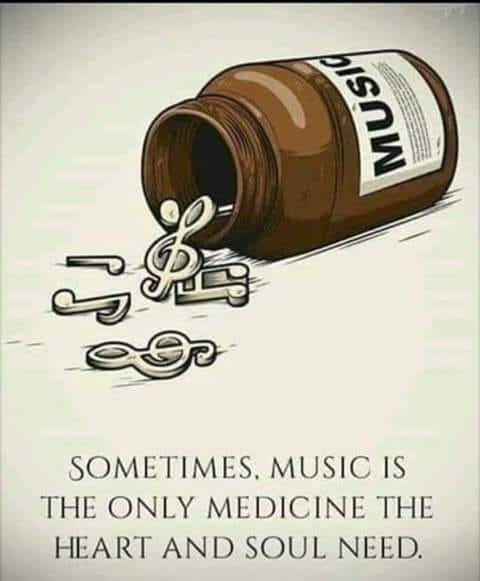