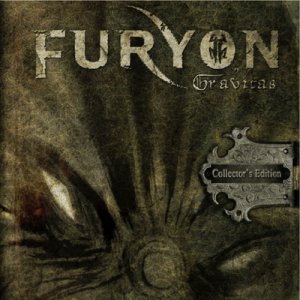 This album has been available for a little while now, the eagerly awaited debut release from one of the Uk's best unsigned bands, and yes after hearing this corker of an album you too will be asking yourself just why haven't these guys been snapped by a major label yet?

Matt Mitchell's vocals soar over the top a groove laden eclectic mix of Alice In Chains / Nickleback / Shinedown / Whitesnake / Iron Maiden tunes, powered along by the phenomenal lead Guitar work of Chris Green!
The ten songs on offer here are all excellent, from thumping Disappear Again, to the Pink Floyd esq Souvenirs!
Stand out Tracks include Disappear Again, Don't Follow, Fear Alone, Wasted On You and the sublime Desert Suicide.
These guys have the potential for world domination, and the songs in the arsenal to pull it off! If you would like to see Britain's answer to Shinedown and Nickleback, only with a damn site more originality, then check these guys out!

rating 10/10
Posted by The Sinister Angels realm at 17:06 No comments: Links to this post 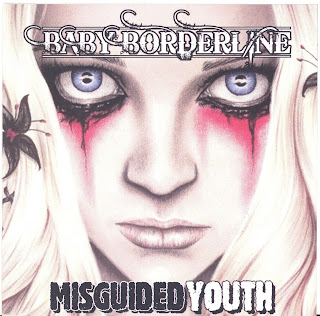 With their Misguided Youth ep they offer up eight rather enjoyable little gems! The band discribe themselves as ' 5 NO HOPERS WHO LIKE TO MAKE ALOT OF NOISE N' DRINK ALOT OF BEER!' and whereas some of that may be true, I really do disagree with the No Hopers part"
The bands sound well has a kind of early Guns n Roses / LA Guns feel to it and wouldnt have been out of place in the late eighties glam / sleaze scene.
If you like you rock to be down right dirty, and with a certain amount of attitude then these guys should be right up your alley!

rating 8/10
Posted by The Sinister Angels realm at 16:55 No comments: Links to this post 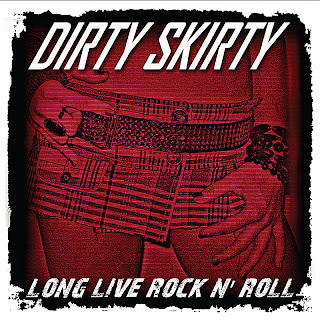 This album has all the ingredients that a legendary rock album needs, fist-pumping, high energy rock, some great songs, some great guitar work and a vocalist who really know s how to bring the best out of the tunes.

Hailing from Tallahassee, Florida, United States, these guys offer up a pure classic rock album filled with ten great songs. Very much in the vein of classic bands like AC/DC, Buckcherry, Motley Crue, Van Halen, The Allman Brothers, Lynyrd Skynyrd, Bad Company, Led Zeppelin and Aerosmith. Long Live Rock N Roll is a great good time classic album, and Dirty Skirty are a great classic rock band that may have a long future ahead of them if they can maintain the high standards they've set with this album! Well this really is an eclectic mix, sure there's 'passion', and yes its 'blues influenced classic rock with a little hint of funk' just as it says in the bands bio, yes lead vocalist Salem is an 'energetic insightful female singer/songwriter' but to me something just seems to be missing.All twelve tracks are solid and executed very well, but maybe this albums just a little to eclectic for its own good, never quite finding its own groove. An interesting album for sure, and there is enough talent on display here to warrant further investigation, but maybe they just need to find their groove before embarking on the next album!


rating 7/10
Posted by The Sinister Angels realm at 16:49 No comments: Links to this post 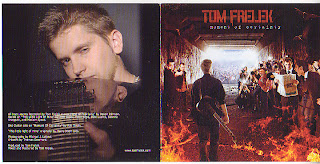 Guitar instrumental rock, more in the vein of Marty Friedman and Joe Satriani than say Steve Vai,Although there is no questioning Tom Frelek undoubted talent on guitar, these albums are very much destined for a specific audience, and for me they end up being nothing more than back ground music. Well constructed songs, excellently executed, not really my cup of tea, but a solid album all the same.

rating 7/10
Posted by The Sinister Angels realm at 16:48 No comments: Links to this post

Paddy Leitsch - Rise of the Guitar Dragon and Ed's Head

Again more guitar instrumental releases, and once again strong releases if you like that kind of thing, but some times they do just seem to drag and your left dying to hear some vocals, and vocals, hell even bloody Jedward 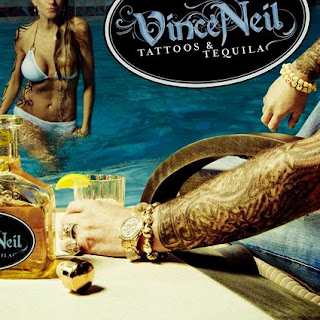 The Motley Crue frontman returns with his third solo album to date, this one containing nine covers of his favourite tracks and only two new originals. As a whole this album is pretty good, personally I like the two new tracks , title track Tattoos and Tequila and Another Bad Day, even if they do sound like Motley Crue throwaways, and its interesting to hear Vince's take on tracks like Viva Las Vegas as he pays homage to them.


Stand out tracks include Hes A Whore, Tattoos and Tequila, Another Piece Of Meat, and Viva Las Vegas.
Everyone knows that Vince ain't the greatest singer in the world, but he has a hell of a lot of charisma and is one great showman and that's what shows through on this album!

rating 8/10
Posted by The Sinister Angels realm at 16:43 No comments: Links to this post 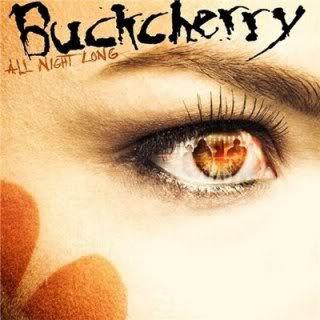 Buckcherry return with the fifth studio album and quite possibly one of their strongest to date!

All Night Long is an album that is sure of itself its unbelievable, truly LA cock rock at its finest. This album really does have it all, from lighters in the air emotional ballads, such as 'I Want You' to out and out party tracks like 'Its A Party'. You have an almost epic closer in the form of 'Dead' and even a song where Josh Todd and the guys have something serious to say in the form of 'Our World'
A great album that will please the existing fan base and quite possibly help it grow even more! 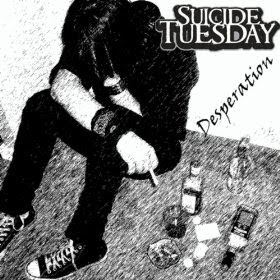 The bands bio says, 'Suicide Tuesday are a 4-piece Nottingham band brought together and inspired by the sleazy sounds of the Mid-80s Sunset Strip RnR scene,' and to be honest that's a pretty accurate description!

'Desperation' and 'Dirty Little Thing' capture the sleazy club vibe perfectly, bringing to mind early LA Guns mixed with a little Velvet Revolver and Skidrow!
'No Compromise/No Regrets' could have been taken straight of LA Guns debut album, whilst closing track 'Want Some?' slows the pace a little, and proves the Eps strong point, especially in the songwriting department.

If you like your rock low down and dirty with an (un)healthy dose of sleaze, then check these guys out! 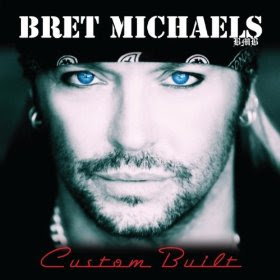 Poison front man Bret Michael's returns with a new solo album in the form of Custom Built, and the album is exactly what you would expect from such a veteran.

Opening with 'Ride Against The Wind' which has a poison meets country rock vibe going on before moving on to 'Lie To Me' which has a more contemporary rock vibe.
'Nothing To Loose' follows, which a beautiful country esq duet with Miley Cyrus, a surprisingly good song, very reminiscent of Poison's 'Every Rose'.
Of the rest of the tracks, “Open Road” which is a kind of summer anthem and a countrified version of “Every Rose”, (featuring Brad Arnold of Three Doors Down and country artists Chris Cagle and Mark Wills) prove to be album highlights.

A solid album on a whole, not amazing, but strong all the same.

rating - 8/10
Posted by The Sinister Angels realm at 12:52 No comments: Links to this post