The Union - The World Is Yours


Let me get things started by saying that the following review is not mine, but I simply could not agree with what it says any more if I tried. This album is truly fantastic and well worth checking out if you have been a fan of The Union's previous two album's or either Thunder or Winterville.

"In the business for more than 30 years, Luke Morley has been producing quality rock music since his ol' days with Terraplane, then with at this point legends Thunder, and lately with ex Winterville singer Peter Shoulder under the name THE UNION.
"The World Is Yours" is the third release from the duo, and they show no signs of the quality dropping.
More accessible than either of the band’s previous two CD's and yet, paradoxically, a much more comprehensive body of work, it brings the pantheon of bluesy (hard) rock full circle.
Perhaps reflecting the veteran status of Morley and the relative youth of frontman Pete Shoulder, this is an album that fuses the genre’s proud heritage with a refreshingly modern spin.
The CD opens subtly enough with the short acoustic guitar piece "Sawtooth Mountain Ride" before firing into the hard blues driven "You’re My Jesus". The lyrics are like poetry and Shoulder’s soulful voice is in top form as per usual, while Morley feels free to express his six-string passion and class proving he has not lost the 'mojo'.
This track perfectly encapsulates everything that The Union are about and sets up the album in perfect fashion.
"Tonight I’m Alive" is an upbeat, radio friendly summer song with a really feel-good vibe, followed up nicely by "Fading Out Of Love" which is one of my favourite tracks from the album. It’s a soulful blues ballad which is delivered with such ease it’s hard not to take a moment and just listen to Shoulder’s voice. What a vocal performance, a real spine tingler. Not many can do this type of tunes better than these guys can.
Title track "The World Is Yours" picks things up a bit and we get a rockin' number where Morley’s guitar skills are on full display with groove laden riffs reminiscent of early Zeppelin. It’s a mighty track with terrific drums patterns from the always effective Dave McClusky.
This album never gets tired because there's enough variation and grip to keep you rocking (fast or slowly).
After the kickin' title track the gentle acoustic classic rock of "To Say Goodbye" it's charming, and then the band rock your socks again with the groovy, upbeat "The Perfect Crime", a modern hard rocker with a mammoth rhythm section.
"What Doesn't Kill You" rocks again in classic seventies way and then "Marie Celeste" draws another curve ball with a banjo, percussions and belted out by superb singing.
But Morley has hard rock fluid in his veins and next "Wreck My Scene" rocks fast, furious, mean, frantic and short, as in only 2:14 min they leave you without breath.
And there's more: the melodic yet rockin' "This Is A London Song", the lovely "You Can Share My Dreams", and as bonus a fantastic acoustic version of "Let The River Rise" live from Luke's studio. This one among other acoustics will be included in the Deluxe Version of the album featuring a bonus CD.
"The World Is Yours" follows the same philosophy as the band's first two albums: diversity and class.
Listening to the guitar playing of Luke Morley (you can see why David Coverdale tried to tap him up for Whitesnake) perfectly complemented by the vital and soulful vocals of Peter Shoulder they are ready to blow the opposition out of the water, if there is some."
Very, Very Highly Recommended

Posted by The Sinister Angels realm at 23:39 No comments: Links to this post

Hardcore Superstar - C'Mon Take On Me 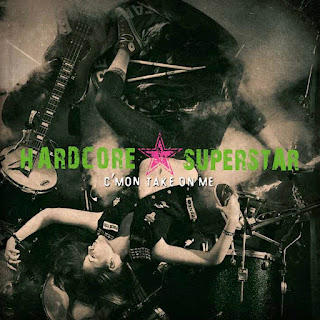 Swedish hard rock / sleazsters return with their nineth album in the form of C'mon Take On Me.With a style defined by the press as 'Street Metal' and tagged as 'Swedish sleaze rock' Hardcore Superstar made a name of themselves in Europe. Yet even after eight previous albums, Hardcore Superstar are band that are still groing and developing, with these sleazsters somewhat loosing their sleaze and adopting a more polished eighties hard rock vibe.
With a musical orientation that slightly started to change with the previous CD, this brand new work from the band covers many spectres of more classic Hard Rock from both sides of the Atlantic ocean.
Assisted and helped by the intuitive production and mix by Randy Staub (Motley Crue, Bon Jovi, Bryan Adams, Metallica's Black Album) Hardcore Superstar now sounds polished and commercial than never before.
Some may argue they had lost the 'attakk' attitude, that certain rawness in the music that made Hardcore Superstar so special,but to me, it's a big step in a the right direction for the band, as the sleaze sub-genre has been turned a bit repetitive in general, and this new more 'classic' hard, melodic hard rock approach fits them like a glove, yet the band have not, thankfully, become another band turning out hard rock by numbers tracks.
"Cutting the Slack" isn't your usual way to start a Hard Rock album. This instrumental looks like an intro but its length (over 2 min.) turns it as a standalone track. No guitars, no crashing drums; it's like a lullaby, mysterious, almost creepy sounds. Really interesting.
Title track"C'mon Take On Me" then explodes in your speakers like a chinese fireworks party... great effect. This short, impactful catchy roused number will rock your socks off!
The killer, commercial "One More Minute" is awesome. Structurally is a bluesy melodic hard rocker but wrapped by a ecstatic production. I hear some Aerosmith in the foundation, just think '87 Tesla but with a modern, glossy, processed production and some massive backing vocals.
Next, "Above The Law" is another winner. It's an infectious little song that will lift your ass off the couch in no time. Catchy as hell, it has all the fire and effervescence that Wig Wam seems had lost. Just listen those punctuating guitars ala '83 Def Leppard.
"Are You Gonna Cry Now?" is a quite modern uptempo rocker with some nineties Motly Crue yet more atmospheric.
Hardcore Superstar then surprises with the moody, Americanized acoustic driven "Stranger of Mine". Quite simply one of the best songs that I have heard in years!
"Won't Take the Blame Pt. 1" and its "Pt. 2" coda delivers American post-sleazy stylized hard rock, think the adult Guns 'N Roses of Use Your Illusion, yet with even more polished production.
The uptempo "Dead Man's Shoes" is just a fun and contagious rocker in the Reckless Love vein (love the vintage solo), while on "Because of You" is the only track where some sleaze/street hard emerges a little, and among the rest of the songs this sounds like a nice variation than an example of the band's primal style.
I'd said variation? Another hint that this album is inspired by classic acts follows. Put yourself in the slightly surreal situation that AC/DC wake up one morning and realize 'damn guys, it's 2013, let's write a modern song but with our signature'. The song would probably sound like "Too Much Business". Close to the Australians 'Who Made Who' more polished years, this track is a true energy boost.
Final number "Long Time No See" is a monster mid-tempo semi-ballad akin '80s Def Leppard, with a fantastic refrain and a very classic chorus. I love this stuff.
"C'mon Take On Me" is a great album, from a band treading new ground and forging a new path for themselves in an ever changing musical universe.There is not a single weak track on this album. It's catchy, it's melodic, it's modern and classy inspired at the same time.
Highly Recommended.

Posted by The Sinister Angels realm at 23:07 No comments: Links to this post 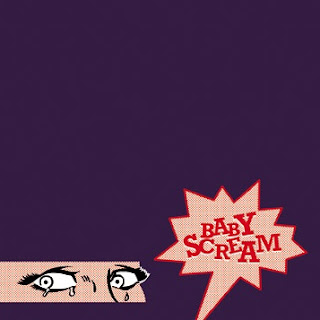 On April 2nd Ok Records  are releasing and expanded edition of Baby Scream's 2010 self titled album (original review can be found here) that contains an additional four bonus tracks, three alternate mixes and a demo from 2005.
Now it is no secret that I am a huge fan of both Baby Scream and this album. Here Juan Pablo Mazzols's voice just drips with emotion, the songs are structured perfectly combining classic rock riffs with power pop sensibilities, perfect, simply perfect!
Songs like Lazy, Watching The End Of The World... and quite possibly my favorite song of all time The Ghosts Of Valerie are just sublime. As I have stated before Baby Scream are the perfect mix of John lennon and T-Rex and well, you just cant go wrong can you?
Of the bonus tracks its only the 2005 demo of Jekyll & Hyde and the Muddy's mix of Watching The End Of The World (On TV) that really move me, I could take or leave the other two, but as I have said previously, I honestly believe this album to be perfect any way and in no need of bonus tracks.
Its great to see this awesome album get a second bite of the cherry so to speak, I just hope that it gets the promotion that both the album and Juan deserve because the world deserves to hear Baby Scream.
This album comes very highly reconmended as its both a great introduction to Baby Scream and well its a great album!

Posted by The Sinister Angels realm at 22:31 No comments: Links to this post 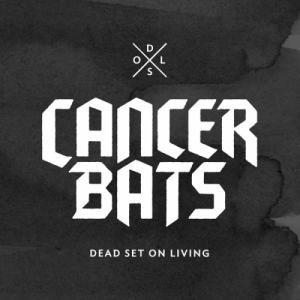 Here is the 'Deluxe Edition' of the Cancer Bats fourth album, Dead Set On Living, resplendant with nine bonus track, five of which are covers of classic era Black Sabbath tracks.
Dead Set On Living see's the band continuing where they left off with 2010's Bears, Mayors, Scraps & Bones, with the band continuing to explore a heavier guitar sound, something that really comes in handy, and I would guess pretty much inspired by the Black Sabbath covers!
I would say that they have pretty much struck the perfect ballance between Black Sabbath styled heavy metal and hardcore punk, the music is still raw enough as to not alienate existing fans, whilst the heavier guitar sound adds a little something and gives the band another dimension to their music.
Dead Set On Living is a pretty solid and impressive album, and the guys manage to pull off the Sabbath covers really well, something of a rarity in my opinion.

A great album by the hardcore veterens.


Posted by The Sinister Angels realm at 21:55 No comments: Links to this post