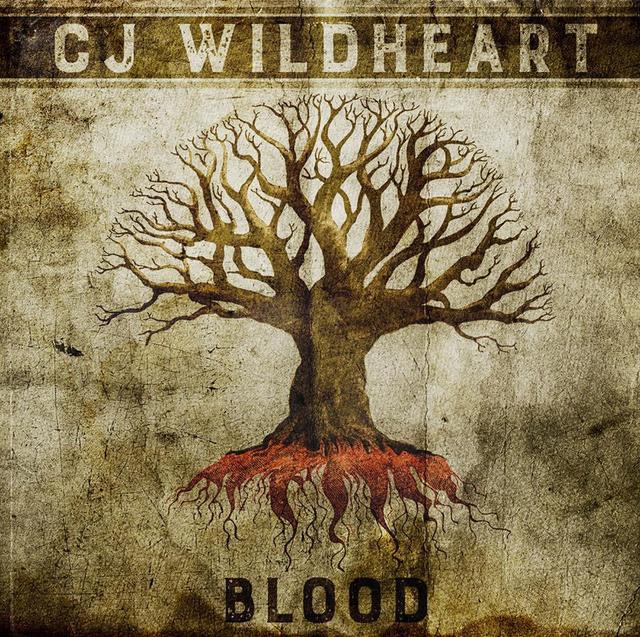 Wildhearts guitarist CJ Wildheart returns with his third full length solo release, and follow up to last years rather excellent release, 'Robot', in the form of 'Blood', and his musical evolution continues to develop. Gone are the bubble gum pop/punk melodies of his first post Wildhearts solo projects such as  Honeycrack and The Jelly's, in favour of the harder edged more riff based direction that began with 'Robot' and its predecessor 'Mable'. I have to say that 'Blood' is some of the most heavy and riff based (and dare I say intense?) material that CJ has put his name to outside of The Wildhearts to date. 'Blood' opens with 'Tea Leaf', a great track that would have sat well on 2014's 'Mable'. A few electronic samples mixed into some great riffs and CJ's instantly recognisable vocals fitting perfectly. Next up we have 'Gutless', a song driven along by some great intense riffs, and a song that would have sat well on any Wildhearts release. A great statement of intent, and brilliant indication of what is to follow. 'Lazybones' follows and continues to deliver on both the quality and intensity fronts. Another great riff too! 'Beak' is up next, a slightly more melodic and up tempo track than its predecessors, and a great song to showcase a slightly different side to CJ's song writing talent. '50 Percent Indian' marks the half way point to this great album, a great song with a great lyric throughout. Next up we have 'Tired of Sex' (surely that cant be true!). Here the keyboards are slightly more prominent, adding atmosphere to this songs fairly laid back feel. 'Kiss It' follows and is a short sharp blast based around a great riff with very few vocals.  'Plastic Invasion' sees things slow down a little and return to the type of blue print used throughout 2014's Mable album with electronic samples being mixed with some great guitar rhythms and riffs. The albums penultimate track is 'Itch' which follows a similar blue print to its predecessor, and seems to be a rather autobiographical track, concerning the career path the mighty Wildhearts. 'Lost In The Game' closes out the album, and is one of the best songs CJ has ever been involved with.
I have to say that 'Blood' is the best album so far from CJ's solo output. It truly has everything. Intensity, melody, riffs, great songs, brilliant production (once again courtesy of Dave Drapers magical ears!).
This is one album that you really do need to check out! 10 tracks that clock in at around the 33 minute mark, leaving you hungry for more!!

Posted by The Sinister Angels realm at 20:20 No comments: Links to this post

Spunk Volcano and the Eruptions - Not Wired Up Right (2017) 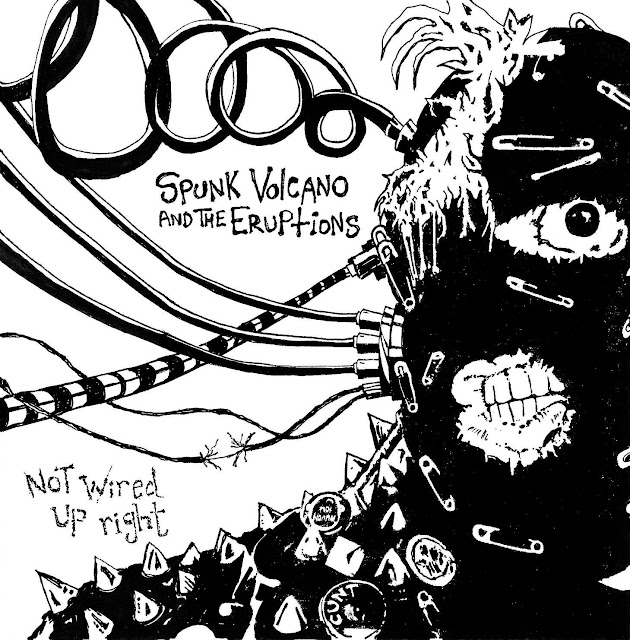 Following hot on the heels of their Ram Raid EP (released late March 2017) the imitable Spunk Volcano and the Eruptions return with their latest full length album in the form of Not Wired Up Right.
The album opens with the title track, 'Not Wired Up Right', an energetic blast of angst and aggression. The perfect start to any punk album! Next up we have 'Nobhead'. Here the tempo drops slightly, but not the quality as 'Nobhead' is a great slice of melodic punk rock n roll! 'Shutdown' follows and is yet another example of a finely crafted melodic punk track by Messrs Spunk and crew. 'Gatecrash' continue in much the same vein as its predecessor, following the well established Spunk Volcano formula. Next up we have the awesome, 'Fuck This For A Game Of Soldiers', a great slab of punk rock if ever there was one! Its also, in my opinion, one of the three tracks on the album that features "additional screaming" from one Mr Ginger Wildheart! (Non are actually listed in the CD artwork.)
'Your The Bastard' follows, a short sharp punk blast that sees the guys up the tempo once more before sliding into the brilliant 'Out Of The Blue'. 'Dementia Hurricane' is up next, and is as close as you are likely to get to a ballad, lol. 'Smack In The Teeth' is yet another great blast of angst and aggression. this is another of the tracks that I feel features the backing vocal talent of Ginger Wildheart in the shouty chorus'. the albums penultimate track comes in the form of 'Knuckledusters and Scars', which is yet another blast of pure punk aggression! Great tune too!!!
The album closes out with 'Purely Medicinal'. Here the guys change things up a little with a pretty much stripped back track featuring just a single guitar riff and vocal. A great song that showcases another side of the guys song writing skills.

Posted by The Sinister Angels realm at 18:40 No comments: Links to this post 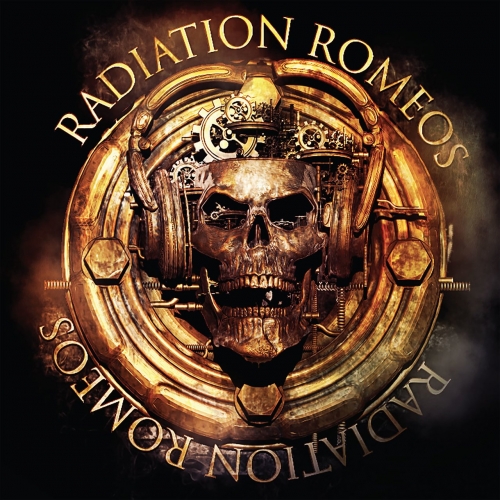 RADIATION ROMEOS are a new band formed by amazing singer Parramore McCarty best known for being the frontman of such legendary US metal acts Warrior and famed Billy Idol guitarist Steve Stevens' solo project, Atomic Playboys.
Musically, "Radiation Romeos" moves in a classic melodic hard rock direction spiced in AOR with punchy edges thanks to the production of Michael Voss (Phantom 5, Casanova, Michael Schenker) who also contributed to the song writing.
All songs on "Radiation Romeos" move on melody and harmony, plenty of rhythm and rich rock groove with catchy refrains. Heyne (founder member of Doc Heyne) lays down some terrific solos throughout.
On the harder side of thing we found 'On The Tight Rope', 'Bad Bad Company' and the edgy 'Mystic Mountain'. Then 'Monstertraxx' is a song that brought from his former band of the same name, and you hear the band blurring the distinction between US metal and classic hard rock, and you may catch a subtle heavy bluesy groove underneath. All of this is balanced with catchy melodic / hard tunes as the title track with strong AOR waves on it, the semi-ballad / mid-tempo 'Like An Arrow' including very nice acoustics, or 'Ocean Drive', where light piano leads into a delicious AOR breeze with great atmospheres.
Another song of interest is 'Castaways' which offers something different inspired by '80s US melodic metal, built as an anthem beginning with a slick keyboard line, then moves into groove and muscular riffs plus a strong vocal arrangement.

A great debut album from a bunch of well seasoned musicians,

Posted by The Sinister Angels realm at 17:52 No comments: Links to this post