Black Spiders - Sons Of The North 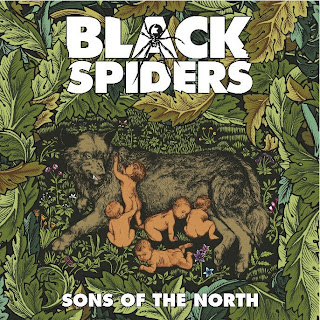 British rockers finally unleash their debut album upon us after what seems like an eternal wait! And what an album!
Opening with Stay Down, which originally appeared upon the Cinco Hombres Ep and quickly flowing into the melodic Kiss Tried To Kill Me, which has some absolutely brilliant tongue in cheek lyrics! Next up is Just Like A Woman which appeared on last year’s No Goats In The Omen Ep, and proved to be one of the best songs of 2010!
Next up we get Easy Peasy and the Epic Blood Of The Kings which is the albums longest track.
The Excellent St Peter follows, which originally appeared on last year’s St Peter Ep, and quickly became a fan favorite gaining considerable radio airplay on the likes of Kerrang radio.
Man's Ruin and Medusa’s Eyes quickly follow once again maintaining the excellent standard set by their predecessors’. Si, EL Diablo is up next, which has a kind of groovy stomp thing going on, a brilliant track. The album closes out with What Goods A Rock Without A Roll which is an out and out rocker, a great way to close an album, and although the lyrics can be a little clichéd how can you not sing along to ' Eat Thunder, Shit Lightning'?
A great album, truly magnificent! 
Kamikaze Test Pilots are a hard band to pin down. Their sound seems to draw from so many different genres its unbelievable, but to me and it’s my opinion only they seem to fall somewhere between a mix of Kashmir and System Of A Down. They draw heavily from their Indie roots but beef up their sound with a heavy edge which gives them a kind of unique sound.
Every song has something different to offer, and closing track Betterway is just beautiful!
The band claim 'Kamikaze Test Pilot’s origins are deeply rooted in Africa and their music shows this. Two of their founding members Ryan and Wesley Niemandt grew up in a little hick mining towns in Zimbabwe', and to be honest I think this is what forged a unique mindset that sets Kamikaze Test Pilots above so many of the other bands out there trying to be different.
Stand out tracks for me include, Kenny Rogers )with a shotgun), Chikken, The Journey and Betterway, a song that I just think is brilliant.
Give these guys a spin, you may just love them! 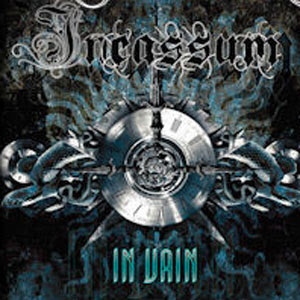 Unfortunately for Incassum (a Latin word meaning In Vain), the band’s sound offers up nothing new or exciting. They seem to combine a lot of musical ideas that have already been done, in most cases so much better too. Musically they come across as a Death / Gothic metal band with slight Evanescence tendencies, unfortunately Sharleen Kennedy's vocals just aren’t up to the job.
In most cases the music comes across as a little dull and uninspired, although it does have its moments, I thoroughly enjoyed Space To Breathe and the opening of title track In Vain, but I fear the good points were too far and few in between to warrant repeat listening. Sorry

Anger Management - Beyond the Threshold Of Pain 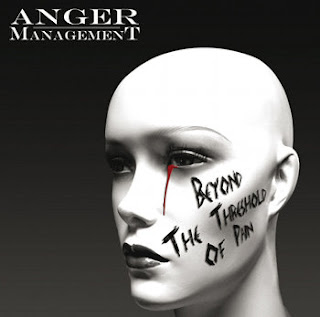 Formed in 2008, Evesham (UK), by drummer Jamie Aims formerly of Murder One and Medulla Nocte. The current line up features Matt Cox on vocals (Next To Nothing), Shaun Jefferies on Bass (Next To Nothing), Jon Minett on guitar (Underule), Jamie Aims on drums and recently recruited Will Lavis on Guitar. The band offer up a brutally heavy sound, one of the heaviest attack on the senses that I can remember, and you know what, they’re bloody great. Unlike many bands in this genre, Anger Management know how to mix things up a little, yes they are always brutally heavy, but they mix up the tempo, slowing things down on tracks like Show Your Anger, yet hitting subsonic paces on tracks like Ignorance is Bliss.
Standout tracks for me include Lifelong Suicide, Show Your Anger and Fear and Self Loathing, but to be honest, with this Ep you’re in for 18 minutes of pure quality brutality!
I love it.

Email ThisBlogThis!Share to TwitterShare to FacebookShare to Pinterest
Labels: Anger Management. Medulla Nocte, Hardcore, Metal, Murder One, Next To Nothing, Thrash, Underule 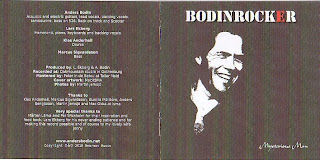 01. Life Is A Mystery
02. Get Me On The Road
03. 526
04. Back On Track
05. No Destination
06. This Is Life
07. Scooter
08. Mysterious Man
09. Endless Pain
10. Legend Of The Saviour
Bodinrocker is Anders Bodin from Gothenburg, Sweden.He delivers a laid back almost 60's / 70's inspired rock n roll, a great chill out album. All of the songs are of the highest quality possible, and very well executed. Although Bodinrocker is a solo project Id love to see him form a band around this album as he diffidently has something fresh to offer the music scene.
Some of the stand out tracks include, Life Is A Mystery, 526 and Legend Of The Saviour.
Highly recommended
Website - http://www.myspace.com/andersbodin
Rating - 9/10
Posted by The Sinister Angels realm at 10:59 No comments: Links to this post 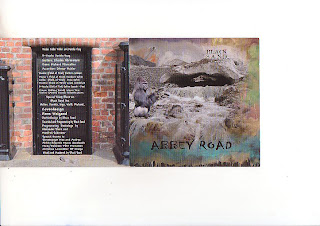 Black Sand are a strange beast, sometimes coming up with some truly haunting melodies, and the odd truly inspired vocal line, but the lead vocals make this album difficult for me to listen to. The accent is just too strong, sorry, I can hear hear some great songs here like Forbidden Stormy Night, but I just cant get past the vocals.
A different album,for sure, very laid back and easy going. Enjoy 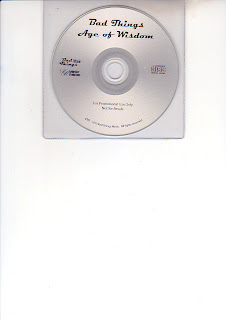 
b ad Things sound draws on a few influences, from British Hard Rock, Blues to classic southern tinged rock, which gives the guys a nice comfortable feel to them, and what the guys manage to deliver is pure and simple solid hard rock tunes with a classic vibe, modern edge, and a little southern roots influence.
Opener Prison Train really does set the standard leaving the listener with no doubts as to what lays ahead.
The songs all seem great, but something just doesn't seem to sit right with me, the band have such a loose feel to them, they're so laid back that you're left expecting someone to fall over. the drummer seems to struggle to keep up with the rest of the guys, and sometimes I'm not sure if they are wanting us to take them seriously or not. Maybe with the help of a good producer these guys could put album the album that their songwriting is capable of. Killing Time is a great standout track though. 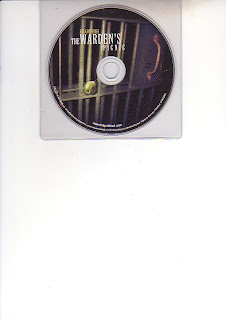 
Canadian artist BD Gottfried releases his latest album, The wardens Panic, an eclectic mix of prog rock, blues and 80's influenced new wave. A solid if quirky album that has plenty of high points including songs like Waiting For Crazy, Plasma and Future For Sale. This is a talented band assembled for this cd including Bill Gottfried (vocals, keyboards, percussion), Aaron Gottfried (vocals), George Chaggares (guitar), Jack Smith (bass) and they manage to make every song come to life.
An interesting little album, if your into your prog rock but fancy something a little different then give this one a spin!