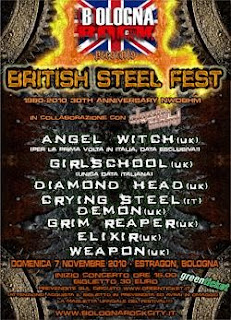 It is now just one week until our Winter tour starts, kicking off at the British Steel Festival in Bologna.
See you on the road! 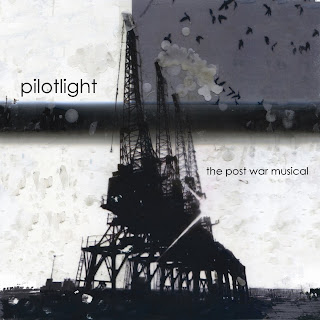 Pilotlight are an Alternative / Indie / rock band hailing from the UK (Dublin / London). They were formed back in 2006 and have already caused a little bit of a stir, with their music being used for last summers world cup promos on RTE television, (The Irish equivalent to the BBC).
The Post War Musical is the bands debut, and what a debut! The production is incredibly polished and the songs are beautifully constructed. The band really manage to pull off that dark brooding atmospheric type of sound, and their sound has been compared to that of early Radiohead and even Cold Play.
I'm not sure how they manage to pull it off but each and every song has both a sense fragility and strength, and listening to this album is a wonderful experience as the band take you on a journey through each and every track.

website - http://www.pilotlightmusic.com/
Posted by The Sinister Angels realm at 22:55 No comments: 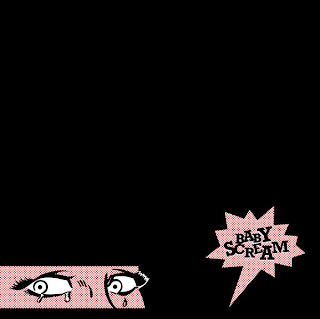 
Argentinean singer/songwriter and Baby Scream leader Juan Pablo Mazzola has returned with his latest offering, 'Baby Scream', a brilliant combination of classic rock licks and power pop sensibilities that sits comfortably somewhere between both John and Jullian Lennon and T-Rex.
Readers of Glitzine will be no stranger to Baby Scream, as I have reviewed their previous two eps before, but this time things are slightly different.
Yes Baby Scream still deliver that laid back chilled out kind of music that they have always done, but somehow on this album things feel a little different, the guitars seem to have more bite, the vocals have just a little more urgency about them and to be honest the effect is wondrous.
All ten songs on offer here are brilliant, but a couple really do stand out as something special, The Ghost Of Valerie (feat. Eric Dover of Jellyfish,Slash’sSnakepittt, Alice Cooper), What About You, Watching The End Of The World (On TV), Mental Case and Powerpop Crush, have a certain something about them that could make them powerpop classics!
Fans of Jackdaw4, John Lennon, 90's Britpop will love this album!

website - http://www.babyscream.com/
Posted by The Sinister Angels realm at 22:51 No comments: 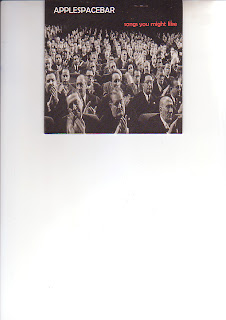 Alternative / Rock / Powerpop band Applespacebar hail from Birmingham USA, offer up their second full length album in the form of Songs You Might Like. Lead guitarist, Ben Trexel, claims the band play guitar-driven modern rock, but they verge definitely more on the pop side of the spectrum than the rock side in my opinion. Don't get me wrong, all the songs are well written and perfectly executed, the band have a solid line up in guitarist/composer Ben Trexel, vocalist/lyricist Johnny Nine, guitarist Patrick Prantl and drummer Lake Trechsel. yet I find the music a little light weight for my liking.
'Ultimately, we want to write songs that stand on their own, stand the test of time, and get played on the radio,” claims Trexel, and they may well do, but I doubt that they will be setting the world on fire any time soon, sorry but I guess it all comes down to personal taste.

website - http://www.myspace.com/applespacebar
Posted by The Sinister Angels realm at 22:49 No comments:

ARCADIA is a three piece Italian hardcore band. They bring us very technical, interesting music, and whilst it my not always be to my personal taste, it is always very well written and executed, and always interesting and even myself, whom will admit that I'm not a large fan of the genre, can find them very listenable and altogether enjoyable!
These guys have been around for some time now, with this being their forth release, and you can see how the band have grown and progressed.
Fans of the genre will probably love this cd, and anyone interested in checking the genre out could do far worse than giving this cd a spin.!


website - http://www.myspace.com/arcadiabastardcore
Posted by The Sinister Angels realm at 22:43 No comments:

After an 18 year hiatus, arK (they spell the name that way as to not to get confused with the band Ark!), return with the album Wild Untamed Imaginings.

When listening to arK, they bring to mind bands like Praying Mantis, Genesis, Yes, Marillion, Jethro Tull and Pink Floyd, they seem to have tapped into that same classic prog rock vein.
This album is very varied, so you should always expect the unexpected, one song can be driven along by the guitars, the next by a flute, the next its the vocals that keep you hooked, every track offers up something different and new.
Fans of classic prog rock will love this cd, if you dont like your prog rock then avoid arK like the plague!

website - www.arkmusic.co.uk
Posted by The Sinister Angels realm at 22:40 No comments: 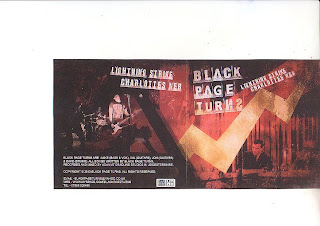 Midlands based (Leicester) rockers offer up this two track demo of rock / metal.
The band count
Foo Fighters, Coheed and Cambria, Korn, The Authentics, Therapy? Terrorvision, Pitchshifter, The Wildhearts, Lost Prophets, and the Prodigy amoung their influences. I can hear many of them, and Id add the likes of Iron Maiden, Tribe, Toxic Federation in their too as the bands sound is not too dissimilar.A solid outing, with Charlotte's Web proving to be the stronger of the two tracks. A little rough around the edges but that ;art of their charm,
I look forward to hearing great things from this band!

website - http://www.myspace.com/blackpageturns
Posted by The Sinister Angels realm at 22:32 No comments:

Jackdaw4 are about to embark on our first set of countrywide shows, supporting Electric Six, the dates are listed below, check em out you'll have a great night!!!!!!!!!!!

check out their latest album too 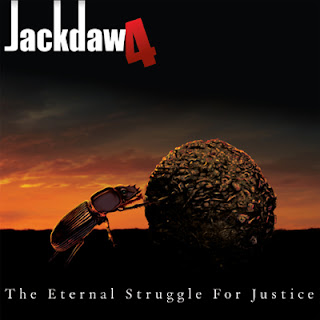 Posted by The Sinister Angels realm at 01:59 No comments:

Michael Monroe - Another Night In The Sun/Live In Helsinki 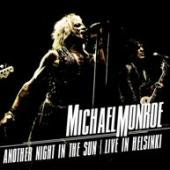 Hanoi Rocks frontman and all round rock n roll legend, Michael Monroe, returns with a new live album, that features twobrand spanking new songs and a mix of solo/Hanoi Rocks and rock cover songs. The ever exuberant frontman has put together one hell of a band too, featuring non other than Ginger, Sammi Yaffa, Steve Conte and Karl Rockfist
The guys blast through an almost perfect setlist that prettymuch covers Michaels whole career with such ease that you'd think that these guys have played together for their whole lives. The classic's just keep coming, the very well chosen cover versions fit perfectly too, and what can I say about the two new songs?
The new songs - 'You're Next' and 'Motorheaded For A Fall' are brilliant, and bode well for the new studio album due to drop next spring.
This is an excellent live album, very much warts an all, yet with a very clever and clear mix / production, and quite possibly the best live album that 2010 will see!

Very highly reconmended, as is the new studio album set to follow early next year!

website - http://www.michaelmonroe.com/
Posted by The Sinister Angels realm at 00:20 No comments: 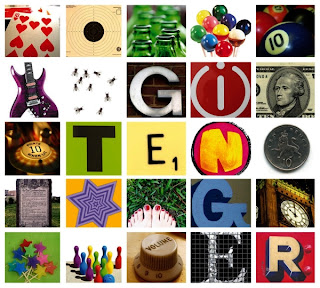 Sadly nothing features from the quirky Clam Abuse album or the blistering Super Shit 666 Ep, and even more criminal is the overlooking of the tracks released via the ill fated singles club (later released as the album, A Break In The Weather.
Now the problems with compilations, and especially so called best of albums is that you are never going to agree 100% with the chosen track listing and this album is no different.
I dont Understand how you could overlook tracks like Smile In Denial, Shatterproof, Where Did Everyone Go, The Saga Of Me And You, Reinventing The Wheel, Dont Let Me Die Lonely, Monkey Zoo, Inside Out, Unlucky In Love, Bulb, and the amazing Awareness and Great Integrity, but hey, they selected what they selected, and to be fair, Ginger is one of the best and most prolifoc songwriters to emerge from the Uk in the past 20 years or so, so narrowing down a track list to just 14 tracks must have been a complete nightmare lol.
The two new songs have that kind of laid back feel, and follow on well from Gingers last solo album the mighty Market Harbour.
Despite my personal gripes over the track listing, Ten is still one hell of an album and a great introduction to the songwriting genious that is Ginger.

1.Sonic Shake
2.Yeah Yeah Yeah
3.How Hard Can You Make It
4.Mother City
5.Any Way But Maybe
6.Black Windows
7.Church Of The Broken Hearted
8.Drinking In The Daytime
9.The Man Who Cheated Death
10.This Is Only A Problem
11.When She Comes
12.I Knew You
13.Girls Are Better Than Boys
14.Jake
15.No Way Out But Through (new song)
16.This Too Will Pass (new song) 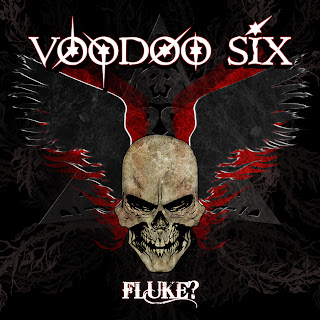 Voodoo Six, the British hard rock band formed by ex-DIRTY DEEDS bassist Tony Newton, release the new album, Fluke? upon us and what a stonker! On Fluke vocalist, Luke Purdie really cememts his posotion within the band banishing any thoughts of his predecessor

Fluke features 4 of the 5 tracks previously released on the A Little Something For You Ep, which is a little dissapointing as Id have loved to be hearing 11 brand spanking new tracks, but what we do get is 11 great contemproary classic rock tracks. Voodoo Six really do sound like they're ready to conquer the work and with an album as strong as this it would be no Fluke if they did!

A great album, that really is worth checking out!

website - http://www.voodoosix.com/
Posted by The Sinister Angels realm at 00:02 No comments: