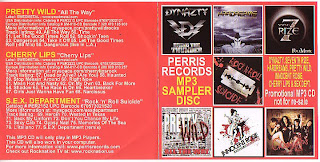 Hardreams are a spanish band playing melodic rock/aor with a 80's feel, straight production and nice guitar riffs.
Some of the songs have some nice twists as the band try to mix up the musical styles a little, adding some prog rock and bluesy touches here and there. The only fault I can really find is sometimes I feel the chorus's need to be a little stronger, but if good old Aor and melodic rock is your thing then you could really enjoy this re-release. (The album was originally released in Spain in 2004!)
A little dated for me, but enjoyable still