Groove Strasse Music Production is a new project set up by  Baby Scream's bass player and drummer in Berlin. Its an online studio project aimed at singer songwriters who dont have, or dont want a full band,but still want a full band sound on their songs. Baisically the singer songwriter sends them a clean aciustic track with vocals, then the studio adds the drums , bass and pianno etc. The singer songwriter maintains the copyrights to the song at all times. It sounds like a wonderful idea, and one that could help a lot of talented singer songwriters complete their songs and maybe even achieve their dreams. Its worth checking out, so if you or anyone that you know might be interested you / they can find more information over at http://www.groovestrasse.com/
Posted by The Sinister Angels realm at 17:41 No comments: Links to this post 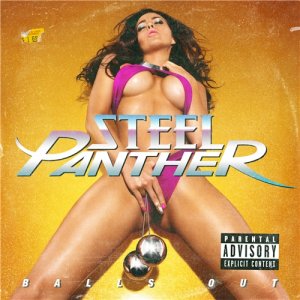 The mighty Steel Panther return with their second album, Balls Out, and well to be honest its more of the same. These guys maybe a 'spoof' band, and their comedy appeal is their main appeal, but each and every song is very finely crafted, and the musicianship is always impecable. These guys are serious musicians, with histories in other bands behind their Steel Panther persona's but Steel Panther is a mighty beast in its own right.
The basic and simplest truth is, if you didnt like the first album, then you are not going to like this one, but on the other hand, if you enjoyed Mike Starr's quirky sexist sense of humour on the first album, then by god you're going to thoroughly enjoy this one too!
Stand out tracks for me include, Just Like Tiger Woods, If You really really Love Me, Tomorrow Night, Gold-Digging Whore, Critter and Weenie Ride.

A great album by a great band, a real breathe of fresh air! 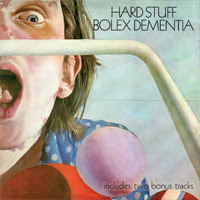 "HARD STUFF was a rock band formed by JOHN DU CANN and Paul Hammond from ATOMIC ROOSTER with JOHN GUSTAFSON from QUATERMASS. The band released it’s first album 'Bulletproof' to intense critical acclaim in 1972 and was working on it’s follow up when whilst touring Europe when they had a bad car accident returning from a gig at the Zoom Club, Frankfurt culminating in Du Cann and Hammond spending many weeks in hospital in Belgium.

Their second album 'Bolex Dementia' was eventually released in 1973 which was a delay of almost a year before the crucial follow up album could be heard. Then the LP cover (which was considered one of the most horrific of 1973) was deemed in some territories as unacceptable and in the USA for example a fresh cover had to be created featuring a girl?! before the album could hit the racks.
The band broke up shortly after the release of the second and final album with Du Cann and Hammond reforming Atomic Rooster (Du Cann wrote and sang lead vocal on their Hits 'Tomorrow Night' and 'Devils Answer') and Gustafson joining Roxy Music.
A classic album remastered with bonus tracks."

Another classic and lost / forgotten gem to get the Angel Air re-issues treatment. This album saw the band’s sound soften slightly, with them developing a funkier guitar sound as opposed to the heavy riffs that led their debut album. Still the standard of the song writing and musicianship was top notch giving us a great album. Unfortunately, this was to be the last release by the band, which is a pity as I feel that they still had a lot to offer judging by the quality of the songs on display here.

Again, this re-issue serves as a great reminder to those that were lucky enough to be there and witness these guys back in the early seventies, and as a great introduction to another lost classic band. Once again this re-issue comes with extensive sleeve notes written by Jeff Perkins detailing the story of this album and Hard Stuff!

Posted by The Sinister Angels realm at 11:33 No comments: Links to this post 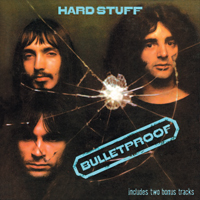 "HARD STUFF was a hard rock band formed by JOHN DU CANN and Paul Hammond from ATOMIC ROOSTER with JOHN GUSTAFSON from QUATERMASS. Signed to Purple records in 1971 initially as BULLET (they had to change their name in early 1972 to HARD STUFF as there was then already in existence an American group called Bullet) Hence the name of their very first album "Bulletproof" released in June 1972

The band toured heavily across Europe (particularly Germany), often as support to DEEP PURPLE and URIAH HEEP. Their career though was curtailed by a bad car accident returning from a gig at The Zoom Club, Frankfurt in which Du Cann and Hammond were badly injured and they spent weeks in hospital in Belgium torpedoing their plans to record the much anticipated second album.
'Bulletproof' is a classic album now much sought after-remastered with bonus tracks on Angel Air."

Another reissue of an otherwise lost classic album courtesy of Angel Air. Hard Stuff had a sound reminiscent of the like of Deep Purple, Elf, Led Zepplin and the like, with solid riffs and well-crafted songs with at times a little pop sensibility. A great mix and this reissue shows just why they were causing the stir that they were back in 1972. The songs have aged considerably well and display just what the band had to offer, before their career was prematurely cut short.


A great reminder for those that were lucky enough to be there in the seventies to witness this band first hand, a great introduction a great band for those who were not, like me. Once again this re-issue comes with extensive sleeve notes written by Jeff Perkins detailing the story of this album and Hard Stuff!


Well worth checking out!

Posted by The Sinister Angels realm at 11:08 No comments: Links to this post 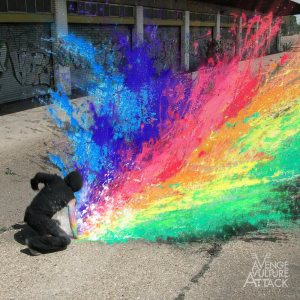 London based female fronted rockers Avenge Vulture Attack unleash their third Ep in the form of Renew, a four track offering, giving us their potent mix of pop, punk, rock and alternative styles.

The Ep opens up with, Seven Dirty Bad Things, a seductive riff led track, packed with great melodies and harmonies, a great start to a very promising Ep!
Next up is the title track, Renew, continues in the same vein, solid riff driven tracks with a haunting yet cutting lead vocal from Ella Grace. They really have something special here with her on lead vocals!
You are nothing slows the aggression levels a little, having more of a pop edge, and yes this must be the most painful and direct way to be dumped ever! A great little song.
All About You closes out the Ep and the band have saved the best track until last. A great song that has so much going on and real sense of class about it.
Avenge Vulture Attack really are a promising young outfit, they have some great songs, and billing themselves as "The kids of the 90's meet the kids of the 00's" seems to be quite fitting. You can hear their influences (which include No Doubt, Queens Of The Stone Age and Skunk Anansie), shinning through in both their sound and their style, but they never sound like clones. They have taken the essence of these bands, mixed them together and come out, well with their own sound.
Definitely ones to watch, these guys have the potential to be huge, especially with the immensely talented Ella Grace leading the charge on lead vocals!

Posted by The Sinister Angels realm at 10:46 No comments: Links to this post 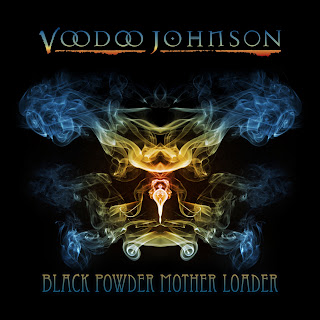 Voodoo Johnson return with a new EP, Black Powder Mother Loader, the first release to feature new vocalist Nik Taylor-Stoakes (ex Vallenbrosa), and by god waht an EP it is!
Now I was both shocked and heart broken late last year when then Voodoo Johnson vocalist, Kevin Bayliss, announced his decision to leave the band after releasing two great Eps and a stunning debut album together, citing the old chest nut of musical difference as the reason. Now for most young bands, losing a vocalist the kalibre og Kev Bayliss, especially on the eve of a major tour supporting Europe, would have been too much to come back from, but not these guys! And thank God!!

Black Powder Mother Loader see's Voodoo Johnson move into a slightlty heavier musical direction, and the added power in the delivery really seems to suite the new material. Nik has a lower vocal register than Kev, but by God he has some pipes and a great range!.

The Ep opens with the riffing power of Dogs Of War, setting out the stall, a powerful opening track and a great sign of things to come! Next up is Swear It On The Sun, a bluesey rock track, with some great guitar work and some excellent crooning thanks to Nik! United Divided is up next, another riff driven rocker, and excellent track, this is gonna be a blast live. Next up and adding a little light to the shade on the Ep is The Garden, a beautiful little acoustic track, that showcases the softer side of Niks vocals. Rounding out the Ep is Black Skies Mist, a song written with non other that NWoBHM and Diamond Head legend Brian Tatler. Black Skies Mist was first aired back in March, as a single, but it closes out this EP perfectly, with its speed and power leaving you wanting more!
Voodoo Johnson's future, and the future of British Rock music is looking bright! These guys are still going to be huge!
I truly cant wait for these guys to release a full length album together!

Black Powder Mother Loader is released on 17th October 2011 through Polarian Records, buy it, check it out, you will not be dissappointed!
Now if only these guys would get together with Hate Gallery for a co headlining Uk tour....hmmmm

Posted by The Sinister Angels realm at 21:01 No comments: Links to this post