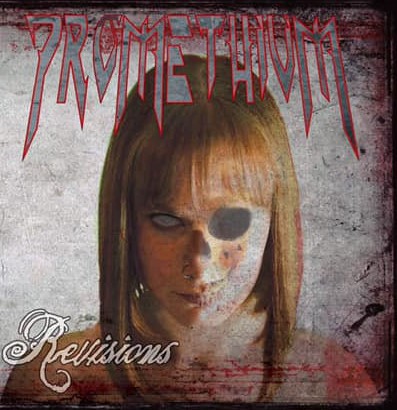 Revisions is the forth album released by Promethium, a ten track affair that features acoustic re-interpretations of tracks from Promethium's first three studio albums. Guitarist Daniel Lovett-Horn explains just how this album came into existence:
"In 2017 we were asked to play an acoustic slot at SOS Festival and without hesitation we said yes. Little did we know that sometimes not everything works acoustically and it isn't as easy as you think? However, after quickly realising that, we re-arranged a few tracks, played a gig and had a blast. So much so that everyone who saw the set were keen to know when we would be making an acoustic CD. What you're holding here are the re-workings of songs from our first three albums as well as a new track that never quite made 'Welcome To The Institution'. Its live, it's raw and it's Promethium"

But how does it sound?
Well to be honest, bloody good! By stripping these songs back to acoustic versions it allows their subtleties to shine through, never more so than on Visions, which features a guest vocal from Hannah Morris. Personally I love Promethium's full blown metal grandeur, but this acoustic album showcases not only another side of the band but also of the songs themselves.

Do yourselves a favour and check this album and band out!

Posted by The Sinister Angels realm at 15:36