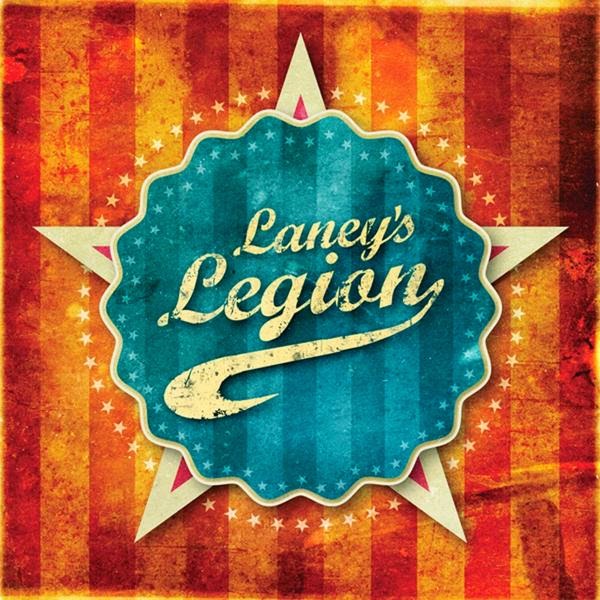 Led by talented Swede Chris Laney (Dynazty's producer), LANEY'S LEGION release their debut self titled album via Perris Records, and what an album it is!
Opener On And On has a riff that will simply blow you away! It has a great Shotgun Messiah hard rockin' feel with a Def Leppard sounding break. The song has a melody that won’t leave your mind and If you ask me would make a great opener for any live shows!
First single Taste Of Your Tongue has verses that gives that sounds built for modern radio.  Second single Poptastic sticks out of this album like a sore thumb. It’s a great poppy / MR song that is so cheesy that it really takes all the cheesiness away.A great song for the summer!
Beneath The Surface has this heavy and groovy riff that brings Def Leppard’s Slang era to mind at times, still with more hooks than a Hellraiser movie!
Bleed Within is more of an uptempo ballad than a power one and a ballad doesn’t get any better than this.
Let’s Get It On is rhythmic, catchy with a rockin' edge, everything you’d want from a Melodic Rock song.
With Hollow the Legion goes down a more metal route. To my ears it sounds like a mix of Second Coming era Shotgun Messiah, Laney’s former band Randy Piper’s Animal with a bit of Laney’s solo stuff thrown in – simply awesome!
Legion must be seen as this album’s title track and is the last one on here. A smart move as with that song, the album leaves us in a rocking mood. The track is the heaviest on the album and a corker at that!
A quick mention of the line up that Chris Laney has assembled for this album, we have Chris Laney, of course on Lead Vocals and Guitar, Rob Marcello on Guitar and Vocals, Mats Vassfjord on Bass and  Vocals, Patrik Jansson handling the Drums and Vocals thanks to Jon Wilmenius for his Guitar contributions!
When considering Laney’s Legion got started in the back water of Laney’s solo career, ( he released two great albums, Pure (2009) and Only Come Out At Night (2010), and in between he has produced excellent albums for other artists). It was on the tour with the last Chris solo CD that the thoughts of making a full-time band of his backing band took place, and now they release what will possibly prove to be one of the best albums of 2014!

Posted by The Sinister Angels realm at 19:54