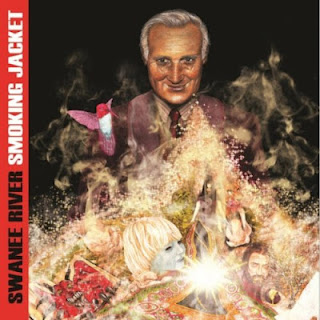 
Swanee River play melodic, bluesy, soulful, dirty rock n roll just as it should be played and will no doubt appeal to fans of  bands such as the Black Crowes, AC/DC, The Answer, Led Zepplin, early Whitesnake and Bad Company.

Formed in 2005 in Ireland, Swanee River have self-released 3 EPs & 1 full album "Smoking Jacket" in 2011. They've played in UK, Europe, not to mention a headline festival appearance in India. They've supported The Answer on an 8 date tour, UFO & Taste, also appearing on both BBC Radio & TV. The band additionally wrote the soundtrack for the Irish Film Board film "The Birth Of Rock".

In early 2012 Swanee River signed to Rocksector Records with the labels Mark Appleton saying, "We're very happy indeed to be working with Swanee River. They've done some great things by themselves, self-releasing their music & playing some excellent supports, plus the amazing trip to India. However, it's an ambitious band & I'm delighted the guys approached us to help them develop further & if you listen to the debut album it wets the appetite incredibly for the fantastic prospects of the forthcoming follow-up. The timing of this couldn't be better both in terms of the band's current standing & the general resurgence of interest in the blues rock genre"


Musically the band provide the perfect blend of Hard Classic Rock and Blues, and delivery it in such away that they sound as vibrant and relavent to todays music scene as the Free and Bad Company did in their day. I have totally enjoyed listening to the album over and over again since I first pressed that play button, the songs are so addictive it unbelievable. Any fan of classic or hard rock with a bluesy edge will love these guys!

I cant really pick out any stand out tracks, as all ten are killers (definetly no fillers on this album!), but at the moment my personal favorites are Young Blood, Blue Moon rising, Bouncy Castles and Dont Follow Me, although these are changing with each listen!

These guys are really worth checking out, and I cant wait to hear this albums follow up!

Posted by The Sinister Angels realm at 20:33