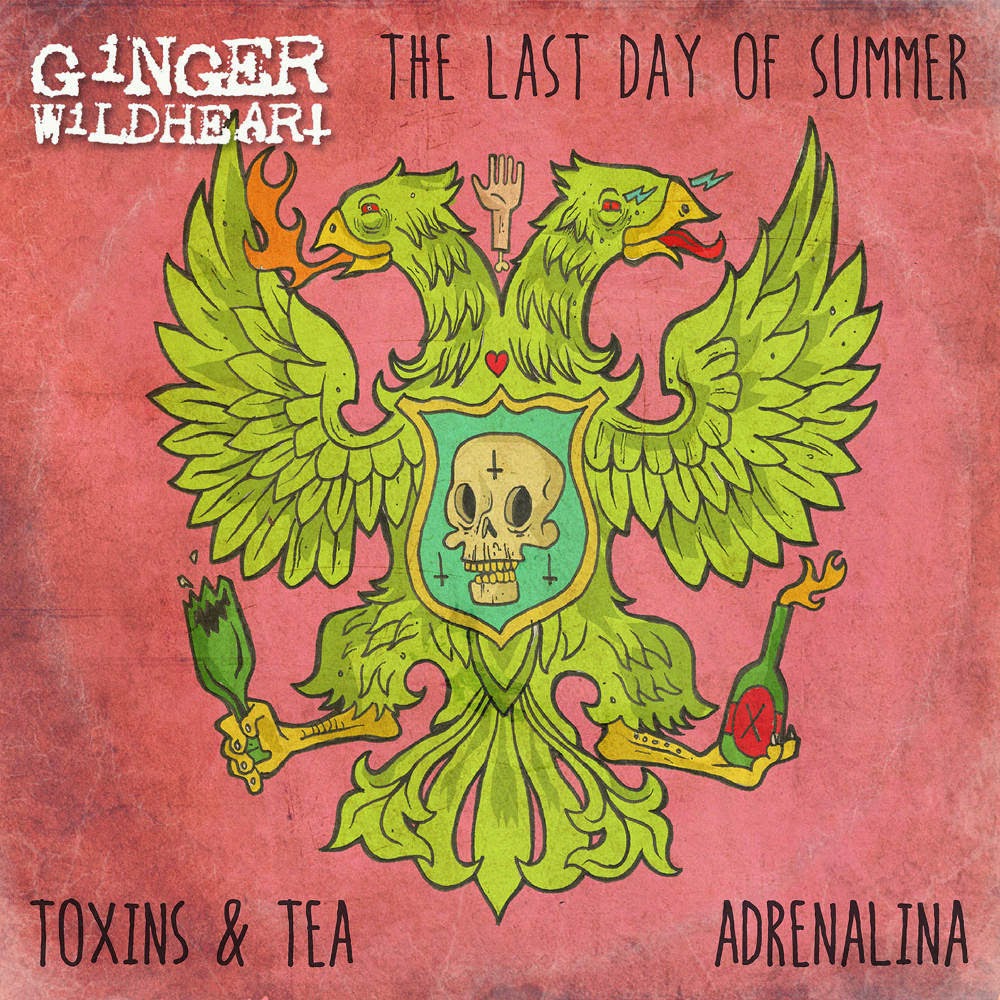 So here we are at month eight of Gingers twelve month G.A.S.S. project, and what can say? It just keeps getting better! Then it dawns on me, shit in four months time this wonderful experiment will come to a grinding halt! No, surely after its unprecedented success G.A.S.S. must continue in some shape or form. Well I'll have to worry about that next April, but I have no idea how the hell I will able to get by with out my monthly fix of G.A.S.S.!
Well lets get to this months additions.
This moths new tracks open with the beautiful The Last Day Of Summer. This song features the talents of, Robin Guy on drums, Chris Catalyst on guitar (and vocals), Matt Nasir on  piano and Hammond organ and David Ryder Prangley, Thea Ford, Jason Knight, Saffron Sprackling and Hollis Mahady on vocals. The track is a beautiful piano and acoustic guitar led track that really showcases the softer side of Gingers writing ability. Absolutely a cracking song that has not only become one my favourites songs to come out of the G.A.S.S. project, but also one of the best songs that I have heard all year!
Next up we have Toxins and Tea. this song features the talents of, Jon Poole on bass, Denzel on drums, Chris Catalyst on guitar and vocals,  Dave Roberts on trumpet and vocals, Andy Riley on cornet and vocals, Catherine Roberts on tenor horn, Chris Harrison on tuba and vocals, and Jasmine Adams, Taylor Graley, Jake Adams on  vocals.
Again this song is a melodic acoustic based number that really builds in to something rather quirky and excellent. Lyrically it provides a rather accurate description of the state of life in the Uk at the moment.  This again is one hell of a song, and is quickly becoming one of my favourite Ginger tracks of all time!
The last of the new songs on offer this month is the mighty Adrenalina. This track features the talents of, Kelii Compulsive, Jake Szufnarowski , Taylor Graley, and  Oliver Sekunda on vocals.  This is a monster of a track, opening with a sort of stop start riff before launching into a pure riff fest. This could easily have been a Wildhearts song, as it is very reminiscent of something from the Fishing For Luckies era. One for the fans who like things a little louder (count me in!), and sure to be a blast live!

and now we have the two bonus tracks, 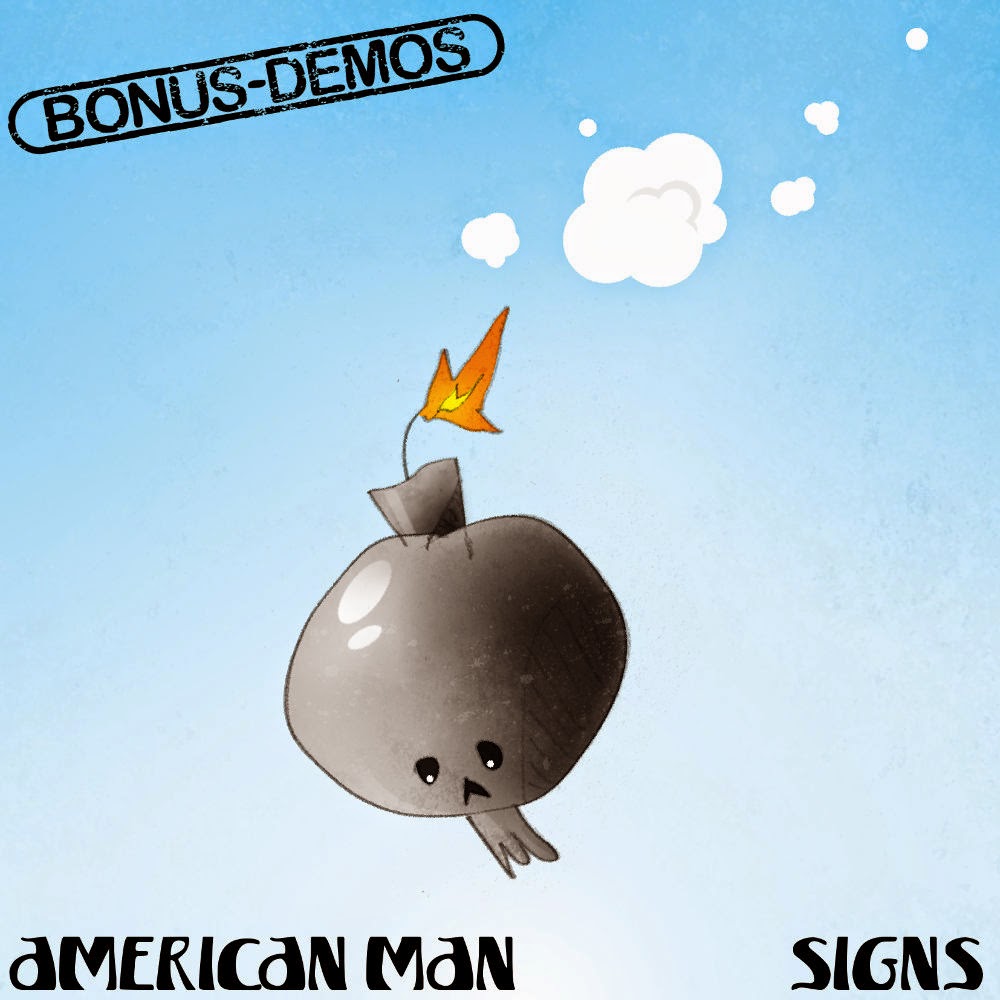 Ginger says -
"AMERICAN MAN – My good friend Jake Szufarowski, asked me to write a chorus for a beer commercial he was working to get. As a (very) tongue-in-cheek idea I thought I’d write the ultimate American Beer song, and the idea blossomed from this into a full song, with world famous photographer (and Satanicide front man) Dale May on vocals and Scott Metzger on guitar.
I love Dale’s voice, and Scott is such an amazing guitar player, some people will remember him from an acoustic tour I did with him a few years back. We didn’t get the beer commercial but ended up with a fun song.
Sit back, crack open a cold one and listen in the party spirit with which it was conceived."

"SIGNS – Recorded by Jase Edwards as part of a set of songs I wrote for a Japanese artist wanting to go a little more rock. Typically they said the songs sounded too much like me, a complaint that has followed me around like a comforting insult.
This was reworked for a song on 555%, although I can’t for the life of me remember which one. Was it Baby Skies? Yeah, I think it was. Not sure which one I prefer, to be honest. Which one do you like better?"

American is a great fun song, and again showcases a different side of Gingers songwriting. Love it
Signs is the original demo to Baby Skies from the 555% project. This is a great little track in its own right, and like last months Its Only Natural, its hard to say which version I prefer.

So that's it, month eight, two thirds of the way through folks, and G.A.S.S. is just going from strength to strength. I really do hope that it continues in some form after its twelve month run, even if they have to reduce releasing the number of new songs down to one a month and maybe the odd demo and outtake. The artwork on the website is awesome and something that will be missed in its own right.

Come on folks jump on board, don't miss out on this amazing G.A.S.S. experience! 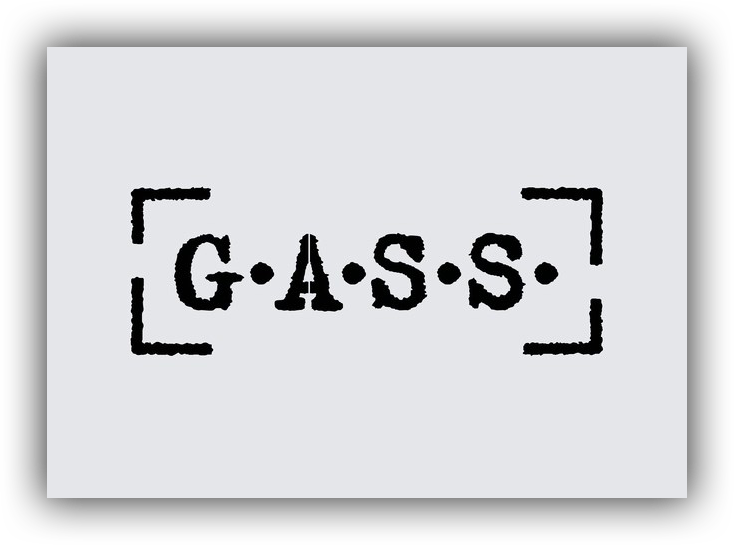 You can now try the G.A.S.S. experience for free here!
Posted by The Sinister Angels realm at 12:59