FREDDIE MERCURY - Messenger Of The Gods; The Singles Collection (2016) 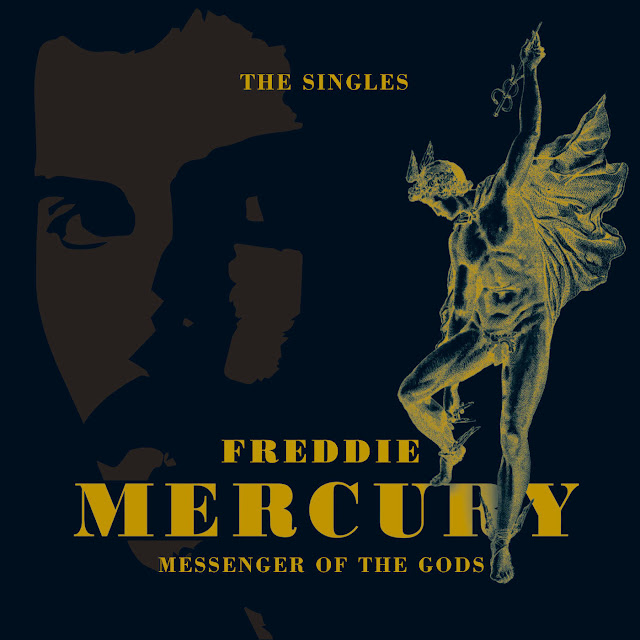 The legendary Freddie Mercury was a man of many talents and many different sides. The songs he wrote for and with Queen filled stadiums around the globe and have rightly gone down in history, but he also embarked on a solo career that took him from the clubs of Munich and New York to the great opera houses of the world.
He was the ultimate showman, but he kept his private life away from the prying eyes of the media; a larger than life rock star who loved disco, classical music and ballet. He was a restless spirit, a true chameleon who revelled in his own contradictions.
All the different sides of this iconic musician can be found on Freddie Mercury: Messenger Of The Gods – The Singles. Fittingly released on Mercury Records for the world outside North America, and on Hollywood Records in North America, this box set brings together all thirteen of Freddie’s solo singles on individually coloured vinyl and two CD set.
From his debut solo single "I Can Hear Music", released under the name Larry Lurex, through the dance floor-influenced solo anthems of the 80s and up to his collaborations with legendary Spanish opera singer Montserrat Caballé including the timeless Barcelona, this is a journey through the career of a unique talent.

Now for a man, no matter how much of a musical genius and legend he was, who only ever released two solo studio albums in his career, this is the seventh compilation release to date, and that included a ten disc box set back in 2000.
But saying that, this compilation is primarily based around the seven inch vinyl option so all can be forgiven.
Freddie Mercury was a unique talent, a soaring, powerful voice and superhuman grasp of showmanship. This was always evident with Queen but also in his solo career, and what you have here is a bumper collection of his seven inch single solo releases. In all, twenty five tracks. Yes, this includes three versions of "Living on My Own", two versions of "Love Kills", the hard to find "Time" and "Exercises in Free Love", but there is still more than enough to justify the asking price. And with "Living on My Own", the versions are different enough to warrant their inclusion. Throughout, Freddie's extraordinary vocal prowess shines through, and even when the material dips a little bit below excellent, his brilliant voice ensures that you remain utterly transfixed.
One thing that I have always admired about Freddie's solo work is the way he kept it fresh and adventurous, pushing musical boundaries (especially as per the Barcelona album that fused pop rock with opera!), and did not revert to using the Queen trademark sound. Very underrated music by a legend who may one day fully receive the credit he deserves.
The only real fault that I have is that I would have liked to have seen a couple of previously unreleased items, but then again this is a compilation of Freddie's singles, so I guess that can be forgiven.
Well worth checking out! 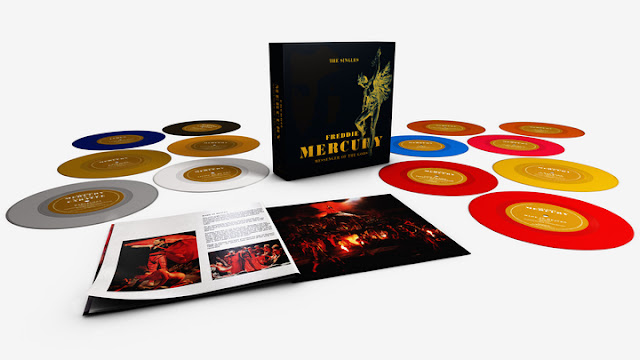 Posted by The Sinister Angels realm at 10:39