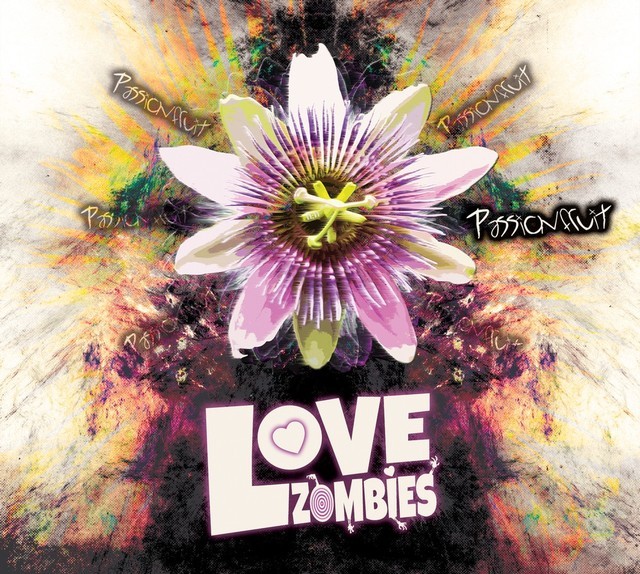 So finally the wait is over and the Love Zombies pledge final comes to an end with the release of the bands debut album. Not that I am complaining as there have been plenty of pledge bonus pledge's along the way with around six or seven pledge EP's whilst the band have been hauled up recording this little beauty. Now Love Zombies first came to my attention through singer Hollis Mahady's involvement with Ginger Wildhearts Hey! Hello! project, where she fronted the band last year for various live dates and even recorded an album with them only to leave the project on the eve of the albums release resulting in the album being pulled, re-recorded with new vocalists and released last month, some five months after its original planned release.
The album opens up with the fast paced 'Oblivion' which really sets the tone for the bands infectious blend of bubblegum pop / rock / punk. 'Lighten Up' follows and keeps things moving along as does the brilliant 'Robots & Aliens' before 'Spiders' slows the tempo down a little. 'Favourite Song' sees the tempo stay rather relaxed even though it does start to rock things up a little again before 'Big and Strong' throws us a curve ball with its weird laid back feel. A great song though. The tempo picks up a little with 'Backwards World' before 'Fast & Frantic' kicks in, which is a great put down to over eager lovers lol. The fun is at an all time high with 'Birthday', a song about not wanting to dump someone on their birthday,  before the albums closer sends a message to all the bands haters in the form of 'Who The Fuck Are They?'. We have a bonus track in the form of 'Love Zombies Theme' which is a good bit of fun.

Love Zombies are a great band, but they aren't really going to set the world on fire, but their music is a good old dose of solid fun to keep the listeners entertained.


Posted by The Sinister Angels realm at 11:40