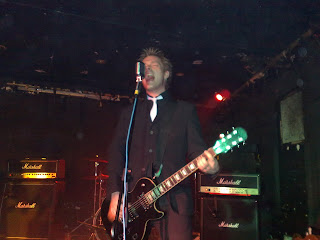 Chris and they guys were in fine form tonight bringing their razor-sharp power pop Dudley. Playing the back room of Jbs on a cold Sunday night along with The Ex-Presidents, The Whiskey Syndicate and Elle Diablo. 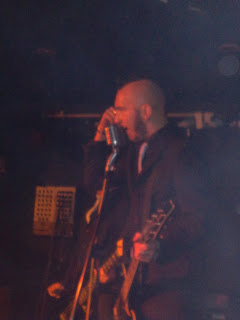 Tonight there was a half decent crowd to hear The mighty Eureka Machines belt through classics such as Being Good Is Okay, This Is My Life, Everybody Loves You, Do Or Die, and Scream Eureka along with one or two new tunes which are sounding very much like future classics. The bands energy was amazing especially when you consider that tonight was their forth gig in four consecutive nights!
Front man Chris was in fine form, with his between song banter, even blazing one heckler into a sulk at one point, bloody great. 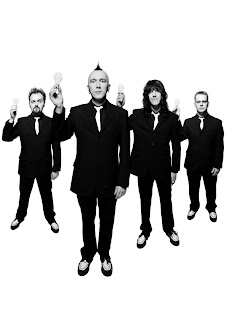 If you've never seen the Eureka Machines live then you really are missing out, as their impressive collection of songs sound even better live than they do on cd!


catch Eureka machines on the road at one of the following dates: