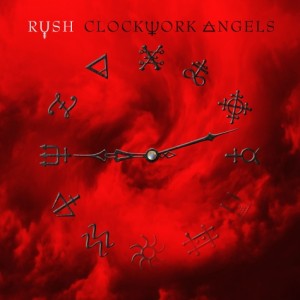 The Grand Masters of prog rockreturn with what is their 20th release to date in the form of Clockwork Angels, and suprisingly this is their very first concept album!
Now I dont need to go into too much detail here because well, if you are reading a Rush review, then you already know what to expect from the album, suarve, stylish, grandoise prog rock, (yet restrained and never too over the top), at its best, and this album delivers it all. Now before I go any further, dont let the fact that this is a concept album put you off because each of the songs stand up pretty well on their own when stripped away from the limitations of a concept, which is pretty bloody good in itself, but here we have 12 great little tracks and one hell of an album, quite possibly their one of Rush's strongest albums to date!
The title track, Clockwork Angels and Halo Effect are the two tracks that stand out the most for me, but as whole this is an album to listen too in its entirity.
Im pretty damn sure that Rush fans are going to love this album, and it could well introduce a few new fans to the fold as although Rush have been at it for five decades, they sound as relevent and vibrant as ever.

This album is well worth checking out!

Posted by The Sinister Angels realm at 16:23