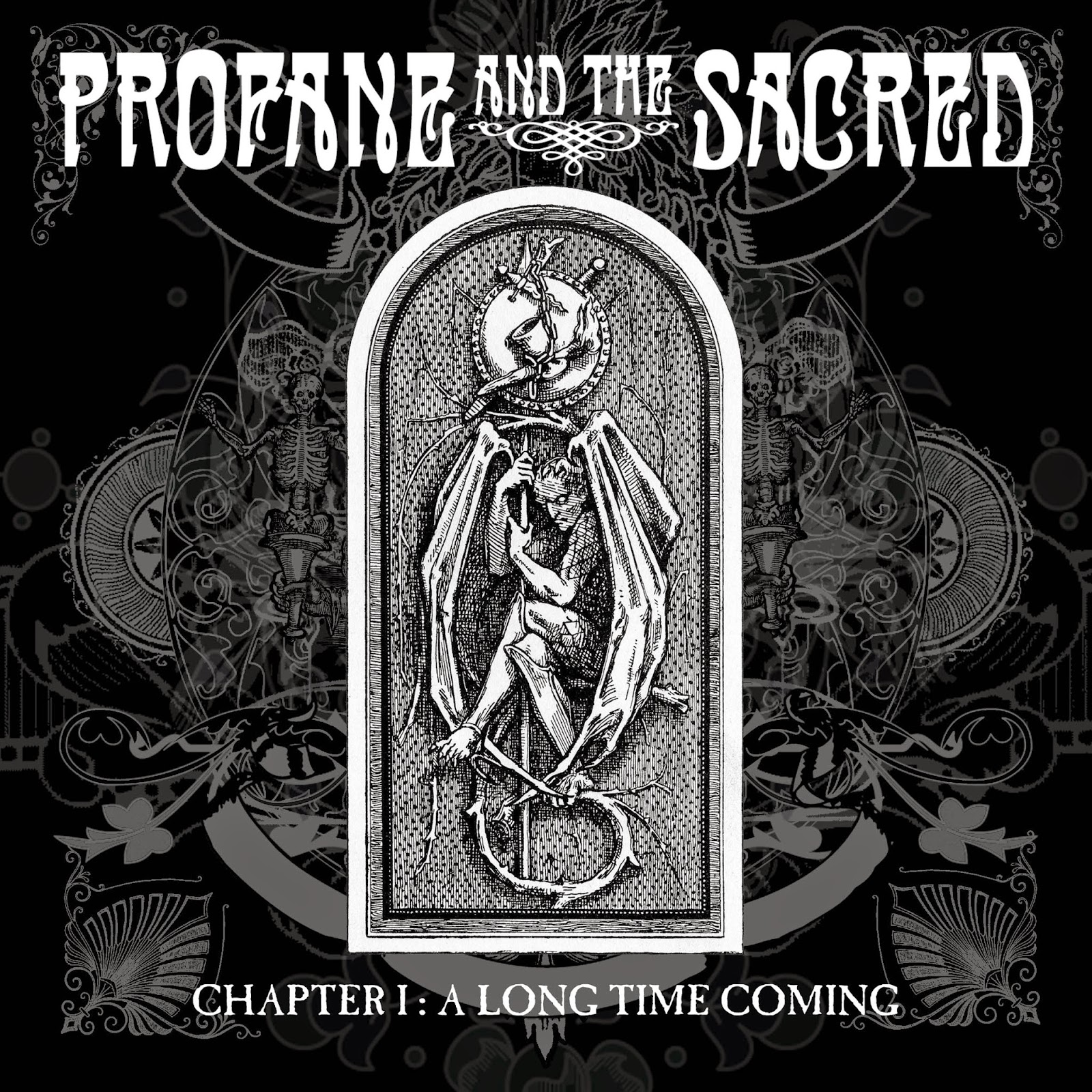 Track listing:
01 - Bench
02 - Bleed That Stone
03 - You Know
04 - Weather The Storm
05 - From The Top
06 - All For None
07 - Just A Little
08 - Words
09 - A New Leaf
‘Chapter 1 : A Long Time Coming’ is the debut studio album by stoner rock band PROFANE AND THE SACRED.
Featuring gigantic doom laden riffs that unashamedly smother you in nostalgia but waste no time in lacing prog tinged instrumental breakdowns into a 9 song musical journey. Showcasing time progressions that shift gears but never let up on the momentum - allowing the raspy, gritty vocals of singer Luke Alleeson to cover the organic soundtrack.
'A Long Time Coming' is an album specifically recorded to sound alive and not manipulated to the point of sounding ‘cookie cut’ -  the warm acoustic notes of album opener ‘Bench’ gives way to down tuned riffing with ‘Bleed That Stone’ and ‘You Know’ demonstrating the armoury of this band. First single ‘From The Top’ showcases Profane And The Sacred in a 5 minute classic stoner rock track, with the latest single 'Words' demonstrating fast pace and groove that hits you right between the eyes during its chorus.
The subtle tones of closer ‘A New Leaf’ captures the melodic side, with keyboards, acoustic and bass complimenting each other in this instrumental piece, leaving the listener in a soothing,  melancholy reflective mood.

Now I have to be completely honest, I am not the greatest fan of heavy stoner rock / southern metal bands, finding many of them to be just heavy for the sake of being heavy, with vocalist's that just shout scream and growl as opposed to singing, but this album is different. Profane And The Sacred are not only talented musicians with a penchant for heavy bone crushing riffs, but they also have an ear for a great melody, that together with their ability to pen some great songs makes this a great album!
The riffs come thick and strong courtesy of guitarist Rick Spooner whilst the rhythm section of Rob Taylor and Kieran Smith keeps everything nice and tight, but the real highlight here is vocalist Luke Alleeson. This guy has one hell of a set of pipes on him! He has the range and power in his voice to really make the songs come to life, as can be heard on tracks like "Weather The Storm", "Bleed That Stone" and "From The Top".
This exciting debut album showcases Profane And The Sacred as one of the best UK based heavy music bands out there at the moment, and proves that they can more then hold their own when compared to their international contemporaries.

Rating - 10/10
Profane And The Sacred will release a new single / music video 'Words' in February.
Cargo Records Release: 23 February 2015
Posted by The Sinister Angels realm at 21:37