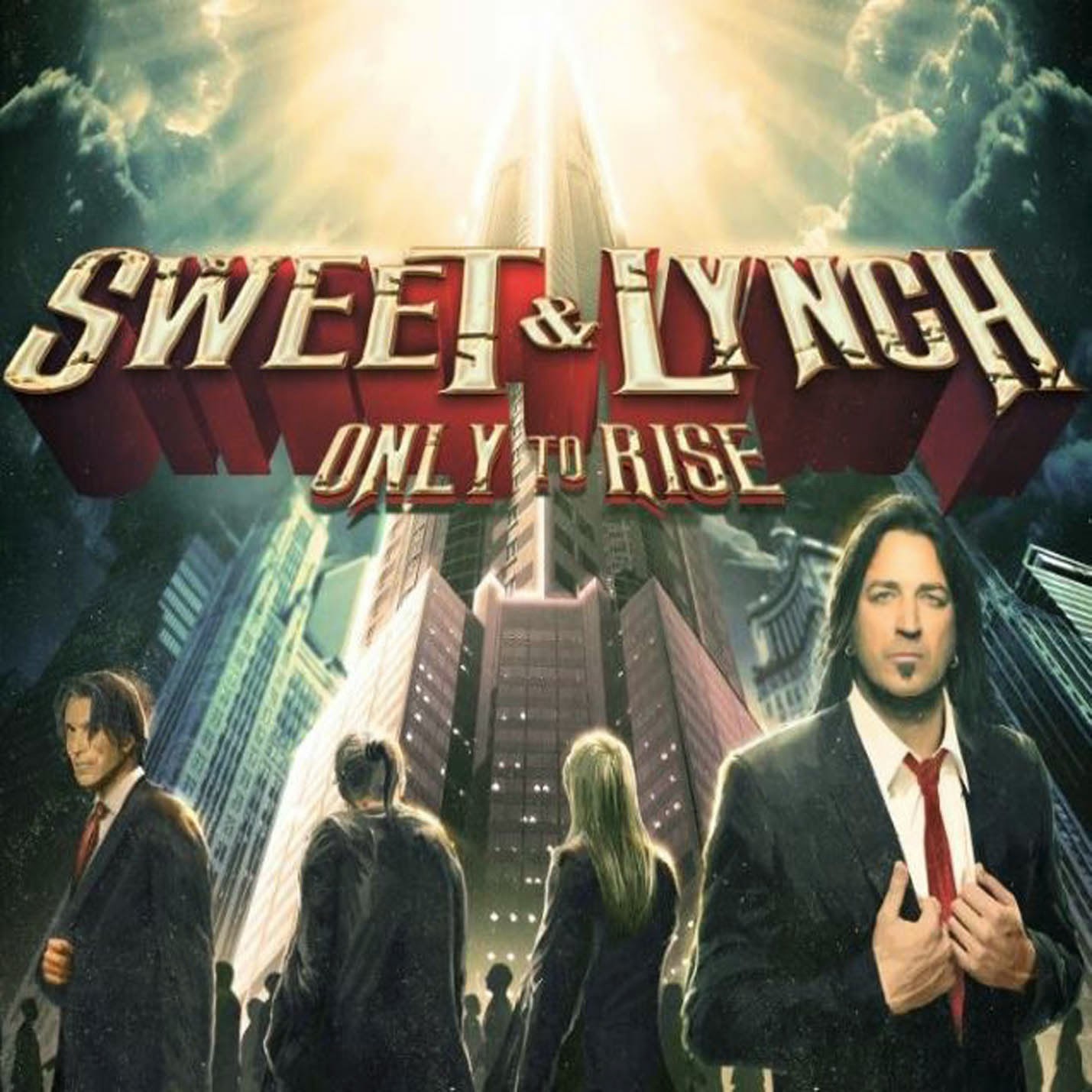 Genre - Hard Rock
Label - Frontiers Music
Track listing:
01 - The Wish
02 - Dying Rose
03 - Love Stays
04 - Time Will Tell
05 - Rescue Me
06 - Me Without You
07 - Recover
08 - Divine
09 - September
10 - Strength In Numbers
11 - Hero-Zero
12 - Only To Rise
"Only To Rise" is the debut album title, and SWEET & LYNCH is the name of the newest super-group to come together to make some old fashion, ass kickin’ classic US Hard Rock.
This pairing only seems awkward upon first glance, but there's a perfect logic to these guys hooking up.
Michael Sweet himself has stated on record he'd considered Lynch a 'bucket list' musician to work with and, straight outta the Eighties, SWEET & LYNCH was born.
Bringing along with them awesome skin basher Brian Tichy (Foreigner, Whitesnake, Billy Idol) on drums and James LoMenzo (White Lion, Megadeth, Lynch Mob) on bass, the unit's debut "Only to Rise", is, well, pretty durned cool.
"The Wish" rings precisely like you might expect, an amalgam between Stryper and Dokken with a hair more toughening up. As a mid-tempo power jam, Michael Sweet pounces upon the straight-laced lines and for the most part soars overtop George Lynch's steady riffs.
The song is written in the classic verse-chorus hard rock format, hitting Lynch's solo precisely where expected and the tune wraps up nice 'n' tidy as "Like a Dying Rose" struts out from it.
This track carries more Lynch Mob influence as Lynch chucks some bluesy plugs amidst the bobbing bass and floating keyboards. Sweet sounds relaxed as he molds his pitch to fit the lowdown groove of the cut.
The same can be said of the dirtier blues rawker "Rescue Me".
"Love Stays" could've been a predictable power ballad, but there's a heavier swing to this track even as it tails at a leisurely pace. This song is louder and chocked full of George Lynch's peals and rips where he can get away with them, but otherwise, it has far more oomph than meets the eye.
"Me Without You", features a gorgeous intro and threading melody by Lynch to compliment Sweet's harmonious croons. Sounding a bit like the Scorpions as the would-be ballad winds along, "Me Without You"'s biggest strength is the stellar vocal harmonizing aside from George Lynch's stress-free solo.
"Time Will Tell" changes the pace as Lynch and James LoMenzo ride hard upon Brian Tichy's crashing march. Reverberating chords and a determined bass channel thickens up this stout tune that carries an '80s action film verve about it. Accordingly, Michael Sweet reserves his best octaves for this one and the song blazes. The backing vocals are particularly great, one of the most uplifting songs Lynch or Sweet has ever put his name behind.
As much as this album stays in a low-rolling tempo, "Recover" finally steps on the gas with James LoMenzo's bass driving what becomes a Stryper-based rocker with more of a blues base to it. Sweet lets his falsettos fly free with "Recover"'s banging groove and lofting choruses. Appropriately, George Lynch, who delivers mostly tempered solos on the preceding tracks, cuts loose on this one.
Dipping back to mid-tempo, the band jams like beasts on the crawling "Divine". Only on the appositely sugary choruses does this song ease up, and Michael Sweet seizes those opportunities to remind his listeners to avoid letting the sins of the world swamp their lives.
There's classic choruses on "September", hot riffs in "Strength in Numbers" and "Hero-Zero" gimp more than move, but all that's come before them is enough to compensate, and the title track closing the album has enough sweat and hump (including a quick, bitchin' drum solo by Brian Tichy) to call it a good day in this camp.
Whether you get the soundness of this union or come to it with a glaring question mark, Michael Sweet and George Lynch answer their own call and "Only to Rise" is a killer Hard Rock record.