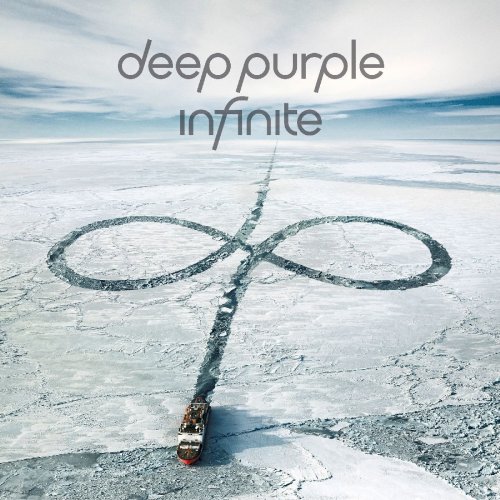 British rock legends Deep Purple return with their latest release in the form of Infinite.
Starting out with the ‘quasi-religious computer voice’ of ‘Time For Bedlam’ you’re immediately plunged into recognisable ‘Purple’ territory, its all there from Gillan’s distinctive croon to the keyboard and guitar breaks that punctuate this swaggering rocker.
‘Hip Boots’ which follows is a rather direct bluesy rocker augmented by that distinctive Hammond sound. ‘All I Got It You’ is a track that manages to capture vintage sounds and past glories, then ‘One Night in Vegas’ has an assured, almost funky groove going on. ‘The Surprising’ is a dreamy, almost trancelike musing until two minutes in when the keys and drums fire up and we take a progressive ‘day trip’. ‘Johnny’s Band’ is more direct and guitar led, the tale of ‘Johnny Jones and his band’ and their rise to success and fall. ‘On Top of the World’, is another blues-infused story from Gillan, whilst ‘Birds of Prey’ has a little of the opener ‘Time For Bedlam’ about it, there’s that swagger, that vintage Deep Purple sound and fine performances by all.
The final word goes to a cover of the 47 year of ‘Roadhouse Blues’ by The Doors, it’s one of those landmarks songs, one of the greats in Rock’s pantheon and also one of those songs that’s deceptively simple in structure but so easy to get wrong. Deep Purple play it with a relatively straight bat, and seem to be having a lot of fun doing so. It’s a surprisingly great way to round out what has to be Purple’s finest hour in many a year.

Well worth checking out.

Posted by The Sinister Angels realm at 21:18