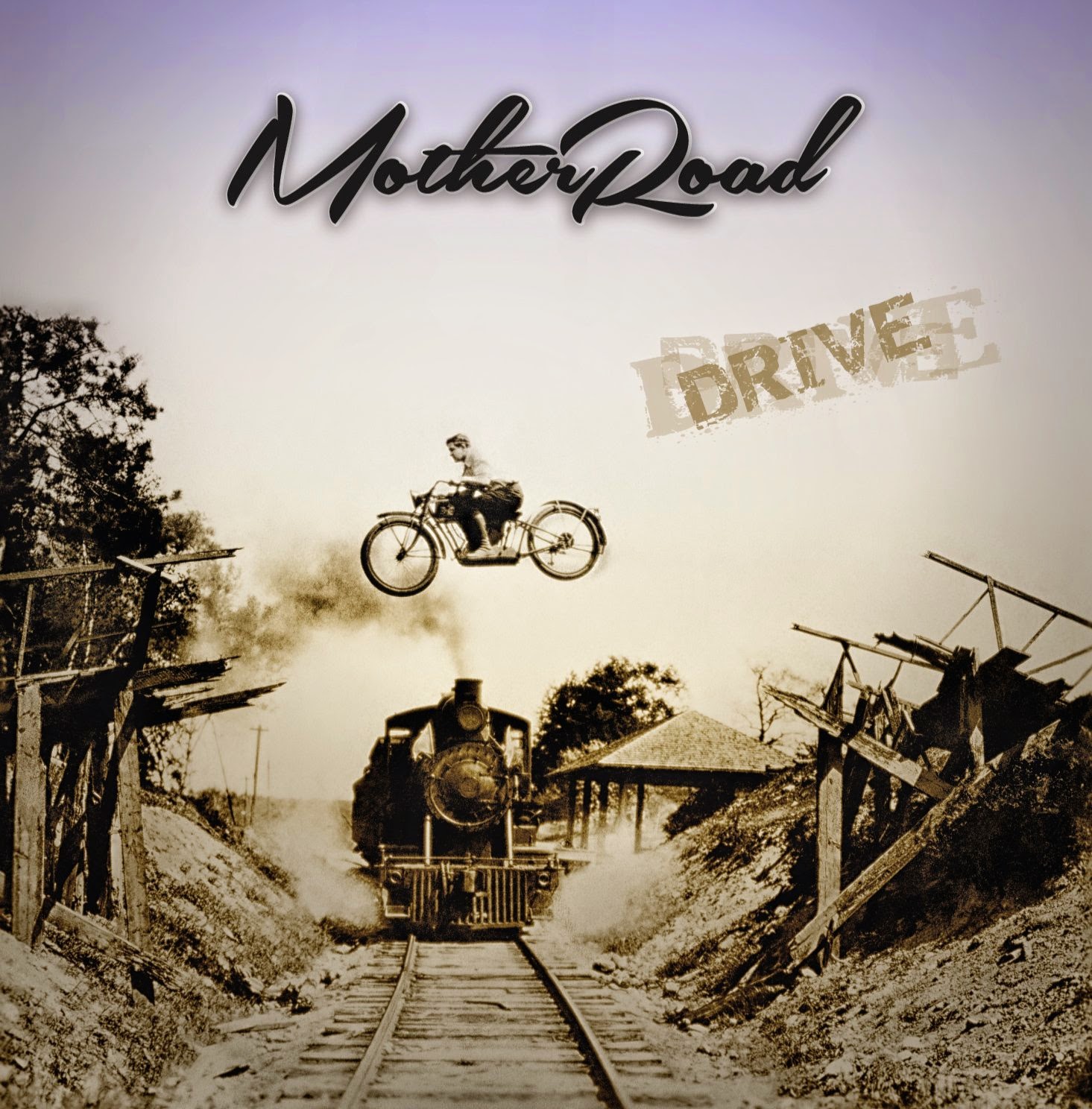 MOTHER ROAD is a new band put together by Austin, TX singer Keith Slack (MSG / Steelhouse Lane) and famed German guitarist & producer Chris Lyne (Soul Doctor) and are releasing their debut album "Drive" today through the AORHeaven label.
Rounding out the outfit are huge keyboard player Alessandro DelVecchio, drummer Jacky Tsoukas, and bassist Frank Binke. These guys obviously have studied their Bad Company, Deep Purple, WhiteSnake, Free, ZZ Top and Led Zeppelin albums really well, as "Drive" tips its hat to many of the legendary Classic (Hard) Rock bands of the last 40+ years.
Slack's voice easily merges traditional classic rock with earthy blues, maybe with a little more of gritty edge. Lyne's guitar mirrors his sound, with a sharp and brisk to soulful and stirring delivery. At times, on Mother Road he reminds me of John Sykes with a touch of Gary Moore.
Keith Slack's voice is perfectly suited to the genre, displaying a wide range in a variety of styles from all out rockers like the album opener "The Sun Will Shine Again", the foot stomping "Feather In Your Hat" and the bump & grind swagger of "Drive Me Crazy" to slow bluesy movers like "Out Of My Mind" or "These Shoes", a powerful song that has that Bad Company meets Whitesnake vibe.

There's a fantastic guitar / keyboard dueling between Lyne & DelVecchio on the killer "Still Rainin", a pure catchy muscular bluesy hard rock number with hooks and scorching lead guitar, and the Hammond organ provides the swirling waves behind Lyne's guitar in the latter half of "These Shoes".
"Dangerous Highway" is the road song the band’s name suggests, and the Jon Lord-like opening conjures up images of Deep Purple before the riff kicks in. It’s another mid-tempo song that Mother Road does so well.
"Poor Boy (Long Way Out)" channels Free; whilst "Dirty Little Secret" sees some of the best vocal and guitar work on the album (and that is saying something). "Blue Eyes" has a distinct vintage Cry of Love Southern warmth to it albeit with a vocal by Slack akin a rough Paul Rodgers.
Final track "On My Way" strips it back to subtle acoustic bones before bursting into life and finally taking it down again. It’s a powerful song, emotive and a great way to close a great album.
With melodies aplenty, powerful vocals and stellar musicianship, it's pretty easy to recommend "Drive", and I can safely say that there's a built in audience ready and waiting for stuff like this. It's honest, true, real bluesy Classic Rock fron the heart.
Slack' s ability to infuse genuine feeling into the music is one of the keys to its appeal. Chris Lyne gets a chance to put his talents on display and does an amazing job in the rhythm and lead guitar here. The guy rocks hard with his great tone and aggressive phrasing.
Mother Road is the type of band you'd go see and there would be no fancy clothes, no half-dressed chicks dancing on stage, just a bunch of guys in jeans and t-shirts with some Marshalls and their instruments. They'd plug in and they'd blow you away.
A modern day classic classic rock album!

Posted by The Sinister Angels realm at 19:59