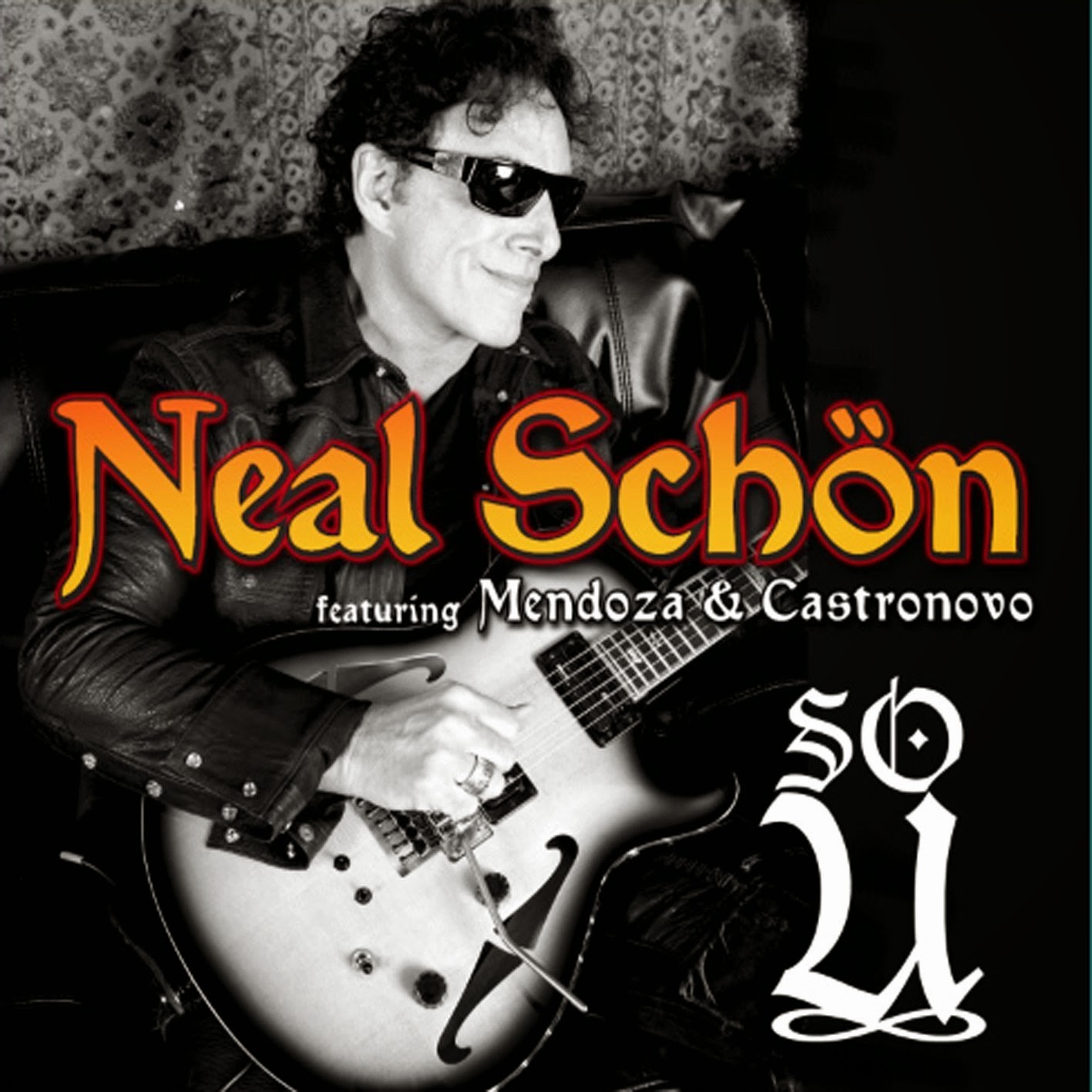 NEAL SCHON pulls in fellow Journey man Deen Castronovo on drums and current Black Star Riders bassist Marco Mendoza for his latest solo outing “So U”.
Unlike his previous Frontiers Records album The Calling back in 2012, this new 2014 effort has vocals which are shared between the three players (all are accomplished singers).
With the help of monster songwriter Jack Blades from Night Ranger, Schon has crafted an album that combines Melodic Hard Rock melodies with his passion for the six-strings.
The disc opens with the bluesy rocker "Take A Ride" which swaggers out of the gates with a groove that provokes the body to move.
Next, the title track is an example of true wonder reaching out in length to an impressive nine minutes and fifty seconds. Beginning like a soulful crooning, ballad song, it shifts gears and blossoms in to a real journey of progression with a coloured palette.
Then the instrumental "Exotica" brings the jam and a tour de force between these talented cats, a song with a Santana feel and great the guitar playing.
Stevie Salas Concorde springs to mind when I crank up "On My Way"; upbeat with an urgent delivery of funk complete with hooks and some tasty harmony vocals. "What You Want" works well for similar reasons although in a much more rocking way akin Chickenfoot / Sammy Hagar.
On the opposite side of the coin from their up tempo material you also get a sweeping ballad in the shape of "Love Finds A Way' which finds a subtle backdoor to the memory and grips tight. This is pure Journey and I love it.
Talking about Schon's main band, "Serenity" is the typical Journey rockin' number (one of the Jack Blades co-writes) and best song on here, and much better than any on the last Jorney album. All three musicians share vocals here, and at places seems Steve Perry returned!
For the most part, "So U" is straight-ahead rock and roll, with few surprises to catch a casual listener off guard. One of the most enjoyable facets within the album’s nine songs is, as expected, the guitar work from bandleader Neal Schon.
This is a record with no production weaknesses, nicely designed and fine-tuned for a classic rock / melodic rock loving audience. Moods ranging from mid-tempo to highly energetic and enthused flow smoothly from the speakers.
Another very good effort from Neal Schon, which to be honest, sounds like a real band with the tight assemble achieved alongside the two seasoned monsters Mendoza / Castronovo.
A Solid Album from a living legend!

Posted by The Sinister Angels realm at 20:33