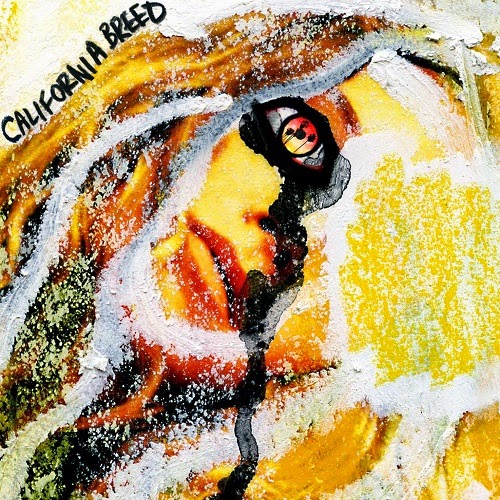 For Rock and Roll iconic legend Glenn Hughes, Black Country Communion is no more, enter; CALIFORNIA BREED, the new rocking trio formed together with Bonzo Bonham's son Jason and the young, but completely electrifying guitarist Andrew Watt.
While Hughes / Bonham need no introduction, 23-year old guitarist / singer Andrew Watt joined the two giants based on a recommendation from Julian Lennon. He's a revelation and you will be surprised by his chops.
Produced by Dave Cobb, who has worked wonders with Rival Sons, "California Breed" is pretty damn spectacular.
Glenn Hughes continues to amaze, as his vocals just keep getting better and better with age. He's in grandiose form here, screaming up a storm on the heavy opener "The Way", and soaring to the heavens on the groove laden hard rocker "Sweet Tea".
His bass playing is quite muscular as well, and locked in tight with his buddy Bonham on the crunchy delivery of "Chemical Rain", with Watt's textured riffs adding a playful edge. "Midnight Oil" sounds like a heavier Rolling Stones, with meaty riffs, funky grooves, and great female vocals backing up Hughes.
Watt has a completely different style than Joe Bonamassa, so don't look for that blues edge which we saw with BCC, instead he mixes '90s hard rock, psychedelia and classic rock elements into his playing evoking Jimmy Page, Jimi Hendrix, Mick Ronson, Jerry Cantrell, and maybe even a little Jeff Beck. He also doesn't overplay, his brief solos complementing the songs as to allow the riffs to be the main focus.
Back to Mr. Hughes again, he's at the top of his game on the emotional ballad "All Falls Down" (also featuring a scorching solo from Watt) and sounds all devilish on the groovy "The Grey", with his bass weaving around some powerful drum fills from Bonham.
One of the heaviest songs on the CD is the crushing, almost doom laden barnburner "Invisible", complete with nasty riffing from Watt, a pounding Bonham, and powerful wailing courtesy of the 'voice of rock' .
Also of note is the '70s styled funky hard rocker "Scars", a Trapeze-meets-Humble Pie styled number with fat, wah-wah bass lines from Hughes, Watt's insistent riffing, and thunderous grooves from the son of the late Led Zeppelin drum legend.
Considering how long this band was shrouded in secrecy, it's great that California Breed has finally been unveiled for all to enjoy. Honestly, it sounds like these 3 have been playing together for years, as there's great chemistry between them already.
While it would have been great to hear Hughes & Watt sharing more vocal duties (Watt is a very good singer - check him out on youtube or alongside Hughes on the tender acoustic tinged track "Breathe"), there's a lot to take in here and a ton to love; fiery hard rockers, beefy '70s styled heavy rock, funk, classic rock, psych pop... it's all here and then some.
California Breed incorporates the face melting melodies of decades ago, then mixing it up with some seriously heavy 21st century structures, all wonderfully captured on tape (yes, this recording sounds warmly analog).
STRONGLY RECOMMENDED.


Posted by The Sinister Angels realm at 20:13