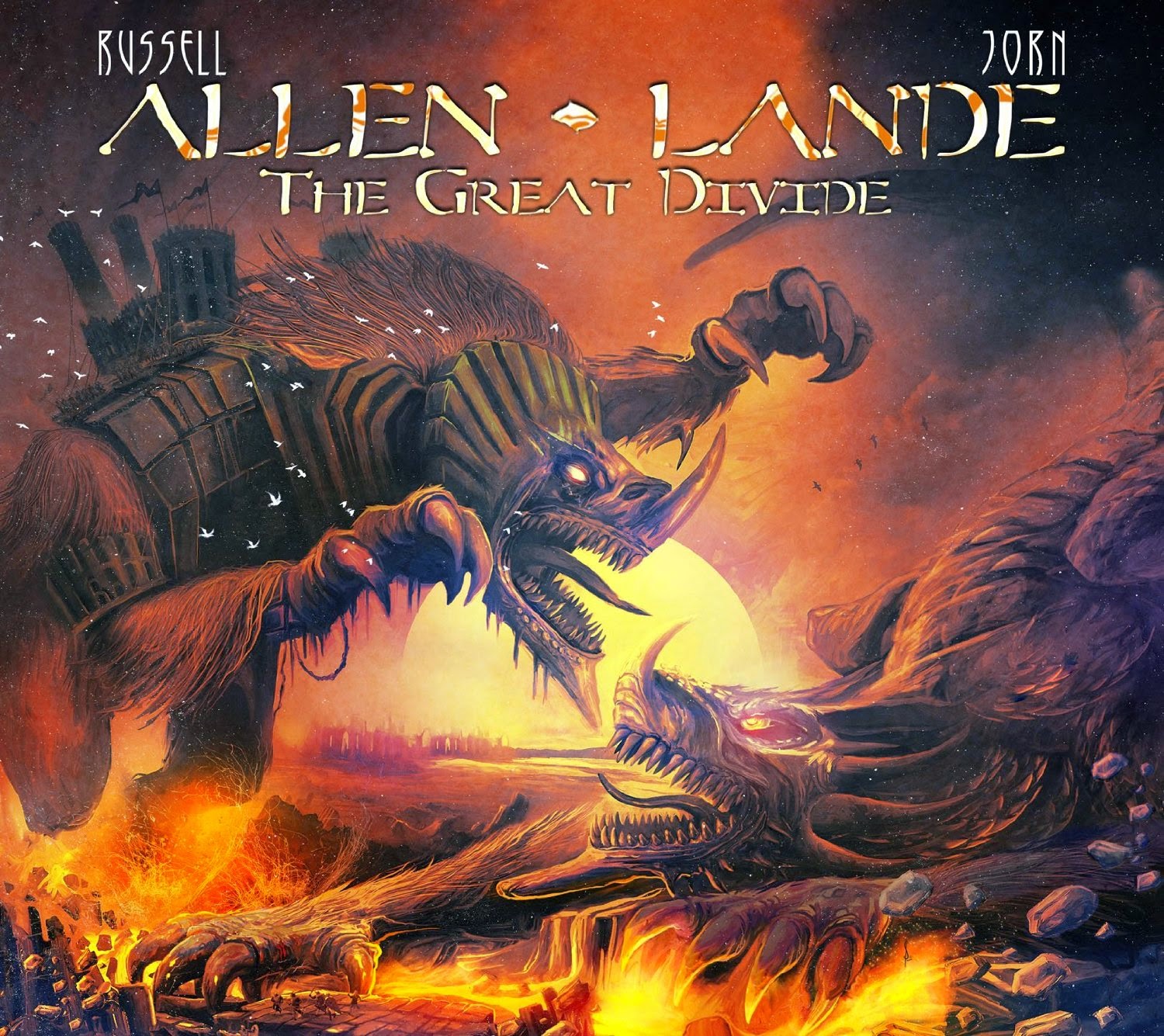 Genre - Hard Rock / Melodic Rock / Progressive / Melodic Metal
Label - Frontiers Records.
Track listing:
01. Come And Dream With Me
02. Down From The Mountain
03. In The Hands Of Time
04. Solid Ground
05. Lady Of Winter
06. Dream About Tomorrow
07. Hymn For The Fallen
08. The Great Divide
09. Reaching For The Stars
10. Bittersweet

Norwegian Jorn Lande and American Russell Allen will release the fourth ALLEN / LANDE collaborative album, "The Great Divide".
Arguably two of the greatest singers progressive / melodic metal has had in the last 20 years, they started this collaboration back in 2005, in a melodic context to better highlight their far-reaching vocal abilities. Now, nine years later and three critically acclaimed albums, the duo comes back with a collection of ten pieces forged in a mould of passion and grandiose.
"The Great Divide" is a logical continuation of the previous effort from 2010. The guys are focusing on their trademarks, which are melodic metal anthems with heavy guitars, spacious keyboard arrangements and amazing hook lines.
However, the backing band has changed. Timo Tolkki, of Stradivari's fame, replaces Magnus Karlsson on guitar, bass and keyboards. And like Magnus previously, he also holds songwriting duties. Last but not least, Jami Huovinen, of Ring of Fire fame, is now the drummer.
But the music, the spirit and the thrill of ALLEN / LANDE is still present as ever.
As was the case with the previous albums of the duo, Jorn Lande delivers stunning vocal parts. His timbre is often compared to David Coverdale (Jorn started his musical career with a band covering Whitesnake songs), the match is particularly obvious with regard to the rasp of his voice.
The other feature of his voice is the passionate rage with which he performs the choruses, here making the comparison with the late Ronnie James Dio quite fair.
The first thing that strikes us when listening to his vocal delivery on this new record is how amazing it sounds nearly twenty years after his debuts. Jorn keeps indeed the rage and the enthusiasm of his earlier days. His mate Russell Allen shares the vocal duties in his elegant way. His theatrical and less 'throaty' performance is a great counterpoint to Jorn‘s aggressive notes.
The voices complement each other in such a way that it is sometimes hard to say who songs when (the opening track is a good example). Russell seems to be more often present in the chorus and backing vocals than in the verses (“Dream About Tomorrow” for example), which is a pity because his performance on “In the Hands of Time” makes it one of the best songs on an overall good album.
The newly hired multi-instrumentalist Timo does a really good job with his fiery guitar solos, and some classically-oriented keys (orchestral on “Solid Ground”, neo-romantic on “Lady of Winter”, baroque on “Dream About Tomorrow”). Besides, with his proven experience in power/neo-classical metal realm, Jami provides the right pulse to the songs.
The Allen / Lande project creates, in a constant way, records on a high level. And "The Great Divide" is another great one from the duo.
With its fair balance of melodic metal anthems, mid-tempo AORish songs and heart-breaking power ballads, "The Great Divide" is a killer release that will appeal all audiences.
Highly Recommended to all.

Posted by The Sinister Angels realm at 21:46