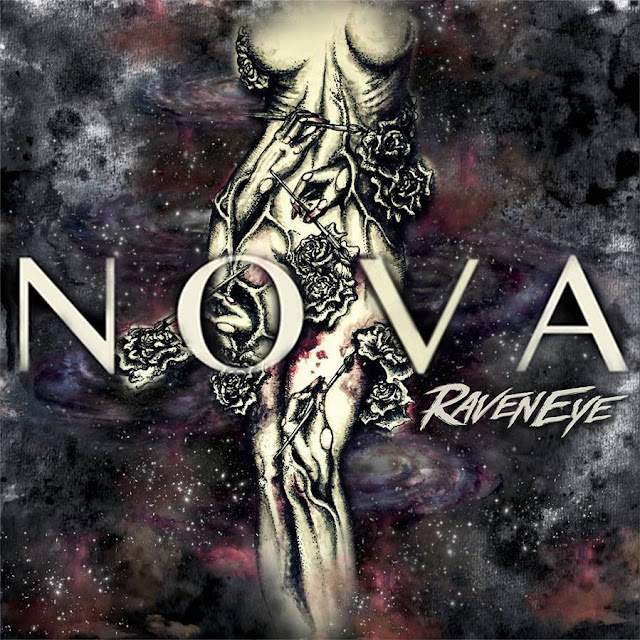 RAVENEYE are a UK-based trio formed in two years by 25 year old, multi-award winning guitarist & singer Oli Brown, along with Aussie bassist Aaron Spiers plus drummer Adam Breeze.
Recorded as a band as opposed to a passion project of guitarist and vocalist Oli Brown, "Nova" feels really consistent from the go and is a towering statement of how hard rock should sound in 2016.
There’s massive, dirty, bluesy riffs married with Oli’s snarling lyrics alongside his partners in crime; Aaron Spiers delivering meaty bass lines and Gunnar Olsen powering through his drum tracks.
Album opener 'Wanna Feel You' is mired in heavy blues and is a great way of pulling you in. One of the beefiest songs on the album it clocks in just under the six minute mark as it builds into a massive writhing beast before the radio-friendly gut punch of 'Come With Me' hits. It’s a brilliant juxtaposition of the two songs and shows how diverse the band can be whilst managing to retain their identity.
Between riffs and distortion, Oli Brown is proving his mettle with his weapon of choice and with some of the sounds he manages to get out of his guitar shows he’s intent on making a claim on becoming one of rock’s most talked about guitarists.
"Nova" is pretty exhilarating from top to toe, and I do have favourites, but only by a small margin may I add and when you get to ‘Walls’ you’ll know exactly what I mean. The complexity of the song writing blended with moments of outstanding flair that seep through are awesome, and will knock you off your feet while raising the rafters at the same time. ‘Walls’ comes at you all guns blazing from every direction in a bombardment of time changes and riffs that could make a grown man cry.
Oh My Love’ has that wonderful sensuous chunky bass with overlaid bluesy tones and high background harmonies that is just incredible, and I can’t get enough of this one either. Crank the volume, tighten the earphones, close your eyes and feel that damn solo swallow you whole.
The closing tune ‘Eternity’ is another great one. Harmonies are delicate and touching, the melody is captivating and then whoa it just slams you in the heart with an epic virtuoso and uplifting sensation that you just don’t want to come down from.
At this point you now just want to hit the repeat button and do it all over again, because you can’t believe the ride is over. This album gets better and better with every play!
"Nova" is a one of a hell rocking debut full of riffs and grooves, laden with hooks and singalong choruses. It’s exhilarating, it’s fast and furious one moment, and ripping out your heart the next.

Posted by The Sinister Angels realm at 19:38