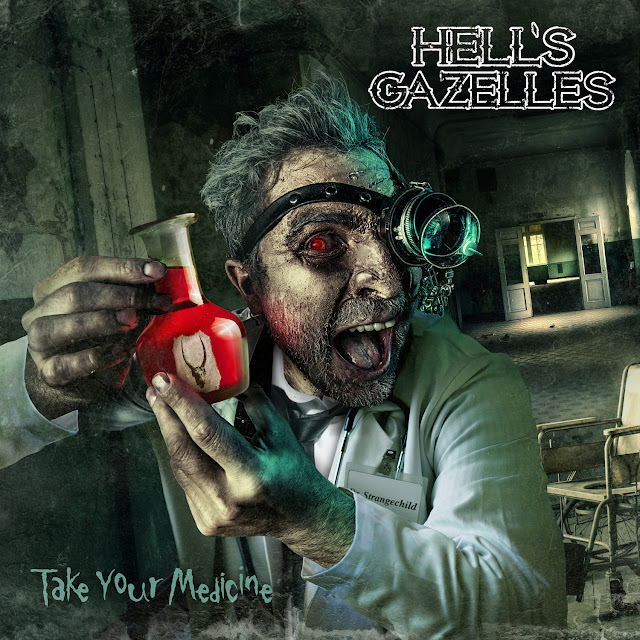 Hell's Gazelles is a hard rock band from Oxford, UK. are preparing to release their brand new ep 'Take Your Medicine' this July (27th)

With support slots for the likes of Black Moth, The Treatment, Desert Storm plus playing Bloodstock Open Air, HRH Roadtrip and more, the band have been building a healthy reputation on the live circuit, and in 'Take Your Medicine' deliver an EP that builds upon the strengths of their previous debut, showcasing their maturing song writing abilities perfectly. Here we clearly have  four guys who love great Rock music, delivering mega riffs, huge hooks and some soaring Halford /  Dickinson-esq vocals courtesy of lead singer Cole Bryant.

The EP opens up with 'Give Me Something', a relatively up-tempo modern rocker that really sets the scene for what is about to follow, with Cole Bryant showcasing his vocal acrobatics early on.
Next up was have 'Stone Cold' (for which the band have produced a lyric video) which has a slightly more classic rock feel to it. Still the nice big riffs and modern rock sound, but the song seems to follow a more classic rock style, which a ok with me.
'Out Of Time' is up next, slowing the tempo very slightly but continuing the high quality delivered on its two preceding tracks. The EP's title track is up next. 'Take Your Medicine', once again falling back on to a more classic rock style, not as heavy as its preceding tracks but picking the tempo back up a little, and you can just imagine this going over a storm live with the crowd chanting the chorus!
The Ep closes out with the rather excellent 'She Devil' with its hypnotic riff.

If I had to try and describe the sound of Hell's Gazelles, I would have to say Modern Rock with a strong Classic Rock and NWoBHM influence (especially in the vocal department!), which proves to a great mix. 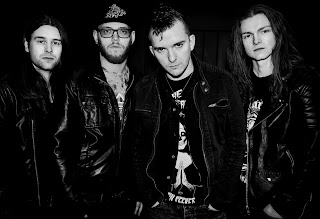 Catch the guys live on the following dates:

Posted by The Sinister Angels realm at 17:53