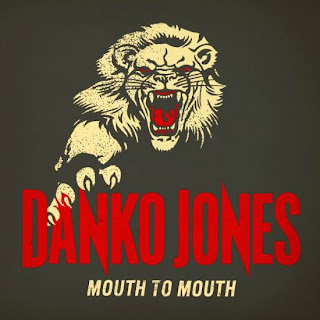 Released at the tail end of 2011, Danko Jones unleashed a new five track Ep upon the world, all be it featuring songs that were recorded during the Below The Belt sessions, and only one of them having not previously seen the light of day before. (That being title track Mouth to Mouth, the others were released as bonus tracks on the various forms of Below The Belt!)

Like the other tracks from Below The Belt, all the tracks have a air of laid back ease to them, whilst bursting with energy and attitude. Rock n Roll Proletariat is a call to arms of sorts, She's Too Pretty is an energetic punkish track with tons of attitude. The Kids Dont Want To Rock is the most commercial track here, and also my favourite, a great viewpoint on the state of the music tastes of kids today, but more importantly a bloody great song!
Guest List Blues would have fitted well on Below The Belt (As would all of the tracks here!), a great little rocker, and title track and closing track is another Danko party anthem!
A great little Ep that may just about tide me over until the new album is done!

Posted by The Sinister Angels realm at 22:12