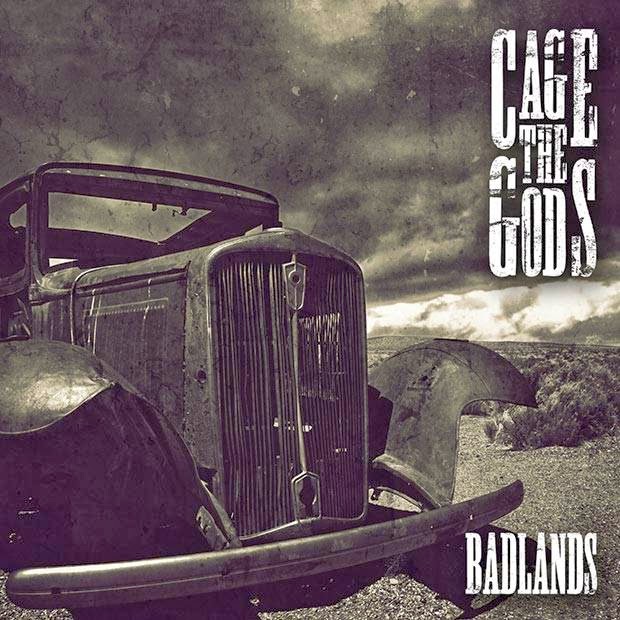 Ever since I first came across the bands debut EP, Favourite Sin, I have been eagerly awaiting the release of this, their full length debut album and it doesn't disappoint.
With Favourite Sin causing a stir amongst critics and fans alike and having already toured with the likes of Pretty Maids, The Answer, Tainted Nation and soon supporting The Treatment all over the islands, with plans to hit U.S. shores next month, it no wonder that these guys have been creating such a buzz!
With their appreciation for the music of rock legends such as Led Zeppelin, Free, Def Leppard or Small Faces, this young talented four-piece fuse together rock ‘n’ roll culture from the four corners of the UK: Irishman Peter Comerford on vocals, Scotsman Jam on guitar, Mitch Witham on bass from Wales and then English sticksman Colin Jones.
The songs on Badlands are big, full, and comfortably arrogant such as the fast energetic opener Favourite Sin, the classic rock sounding Sacrifice, Trouble Reigns or the title track.
From The Start has some funky sounding bass and bluesy guitar lines more slowed down and restrained, while Bruce Willis is a killer hard rocker with a strong live vibe.
Badlands shows that Cage The Gods have a pretty promising career ahead of them. The album is entirely strong throughout and I can't imagine any fan of British classic rock music being disappointed.
They add to the recipe a touch of sleazy from the late '80s Californian scene providing enough variation in both pace and style to please any demanding hard rock fan. All in this record is quite polished; the vocals are up front and confident, the guitar hooks are powerful and go for the throat and the rhythm section are as tight as they come.
Listening to "Badlands" you can feel Cage The God's young energy pour out of the speakers. It's genuine classic rock updated to modern times with a slick production and mix. Its hard to believe that this is debut album from such a young band.
With the talent and songwriting skills on display here, Cage The Gods could very well be destined to be one of the biggest bands of their generation!


Posted by The Sinister Angels realm at 21:09