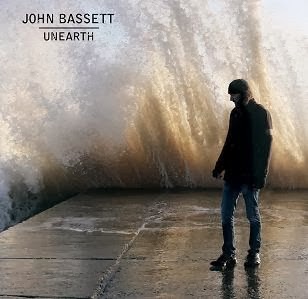 John Bassett is an English multi-instrumentalist, singer songwriter and producer hailing from Hastings (UK), mainly known for being the driving force and front man of UK progsters KingBathmat. Here he delivers his debut solo album in the form of Unearth released via Stereohead Records.
Unearth proves itself to be a to be a subtle, sophisticated album of modern acoustic songs, imbued with melancholic melodies with a progressive slant. The emotive songs of "Unearth" encompass and depict the dark substratum of modern life. Social engineering, existential contemplation, survival ism, childhood truama, love & despair and everything in-between! Capitalising upon the songwriting skills and production techniques that he has developed over the past 10 years or so.
Every song on offer here is jam packed with layers and harmonies, often leaving the listener guessing as to just where the song is going to lead them next!
Lyrically the songs have the depth and meaning that we have come to expect from John's songwriting and musically, well the songs are just sublime!
Looking for standout tracks? Well to be honest I really wanted to list a couple but they are are all equally brilliant. Stay Away From The Dark, the albums lead single is definitely a good place to start, TV Is God, is another gem, as are Kylerhea and Something That's more Worthwhile, but to be honest I could easily list the entire album.
Unearth builds splendidly upon the huge body of work that KingBathmat have already produced and really showcases John Bassett as one of the UK's best singer songwriters, producers and performers!

You owe it to yourself to check this album out!

Posted by The Sinister Angels realm at 11:19