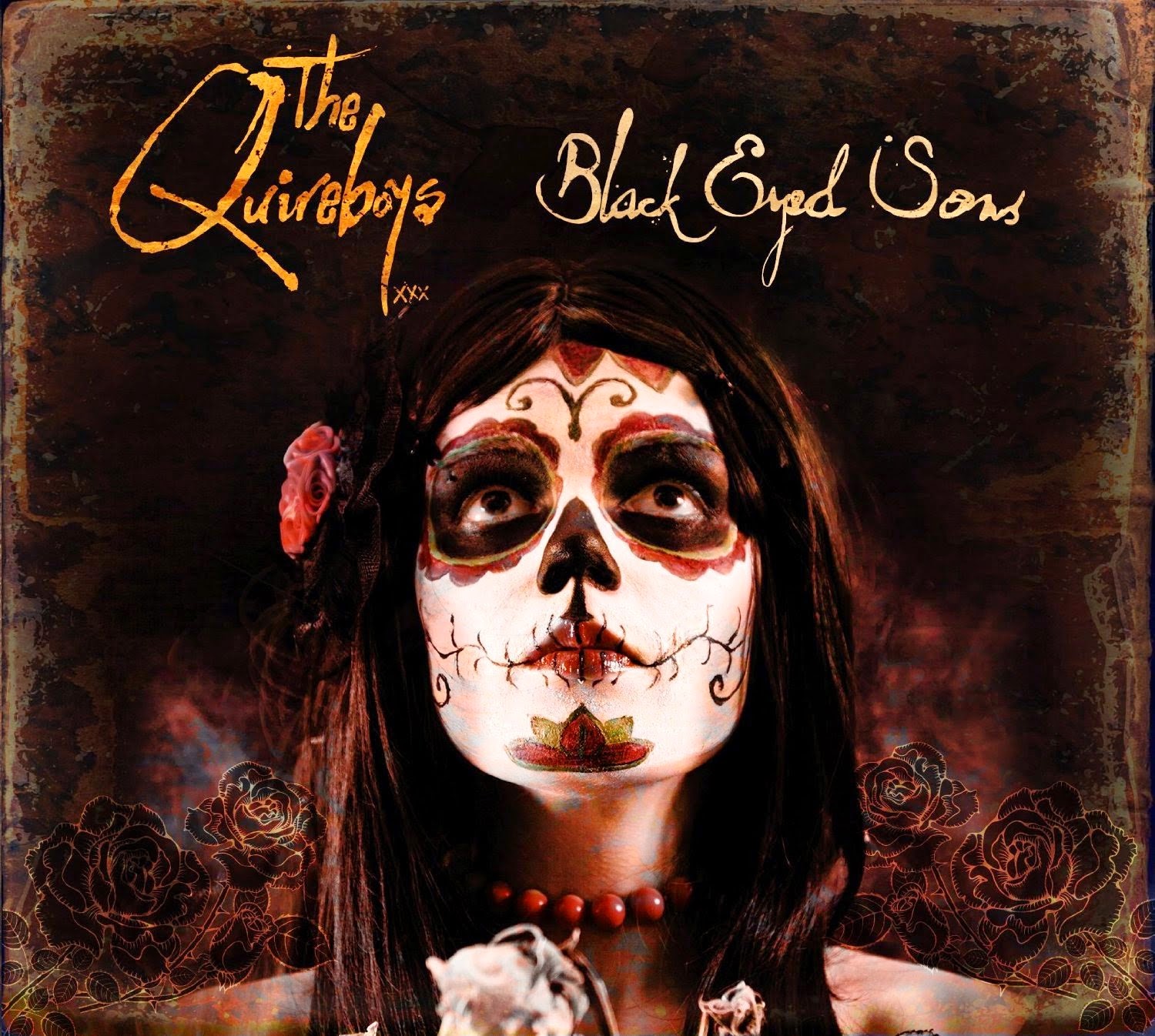 THE QUIREBOYS are celebrating their three decades as band with a brand new record. Following hot on the heels of last year's critically acclaimed 'Beautiful Curse' - the band's biggest-selling record since their early '90s heyday - comes "Black Eyed Sons", an album produced by the legendary Chris Tsangarides that represents yet another career high for the British act.
Now, many an album rushed out quickly after a successful record's release smacks of lesser quality product, almost as if the new material has been resurrected from the studio floor, polished, and passed off as the next big thing. Think Alice Cooper's 'Dragontown' flop after the might of 'Brutal Planet'.
Not so The Quireboys, though: no, this new album staggers to its own two feet and proudly holds its own.
"Troublemaker (Black Eyed Son)" is a very promising start, the band at their feistiest, all needling guitars and crashing beats – the usual bonhomie swapped for something a little more malicious. A surefire future live favourite.
Quality control remains high over the next two tracks, both "What Do You Want From Me" (with fabulous work from Keith Weir on keys) and "Julianne" full of the sort of bittersweet bar room lamentations this band can do so well.
There's a bluesier feel to some of the material too: "Double Dealin", for example, ditching the Roll and simply revelling in seventies Classic Rock. That's not to say that the staples of the band's sound have shifted beyond recognition - this is a swerve, a side-step towards, you'd hope, longevity.
The slower tunes, just made for Spike's voice, and the frontman sounds great here; "Stubborn Kinda Heart", "The Messenger" and "Mothers Ruin", and they come accompanied by ballsier, foot-stomping tunes that you just can't keep still to when listening.
"Lullaby of London Town" is, again, a bluesy workout, but this time with some funky rhythms over the tale of metropolitan glamour and squalor, and is probably the soundtrack to the band's life.
Then "You Never Can Tell", with its recycled riff par excellence, is sure to join the opening cut in the live set.
Messrs Gray and Griffin have penned an impressive set of tunes once again, guitarist Guerin afforded the solitary co-writing credit for closing track, the subtle "Monte Cassino (Lady Lane)".
"Black Eyed Sons" is another strong Classic Rock record from The Quireboys.
Spike's voice will always lend itself to a young Rod Stewart / Faces comparisons, and songs like "Julieanne" are hardly going to be your best defence in any argument against, but there's a subtle shift that, if anything, simply exaggerates the feeling that the band, like a fine wine and a literary cliché, is getting better with age.
Like so much on the previous album, many of these tracks are good enough to be radio hits if someone would only give them airplay. These guys should be huge, simplez!

Posted by The Sinister Angels realm at 18:31