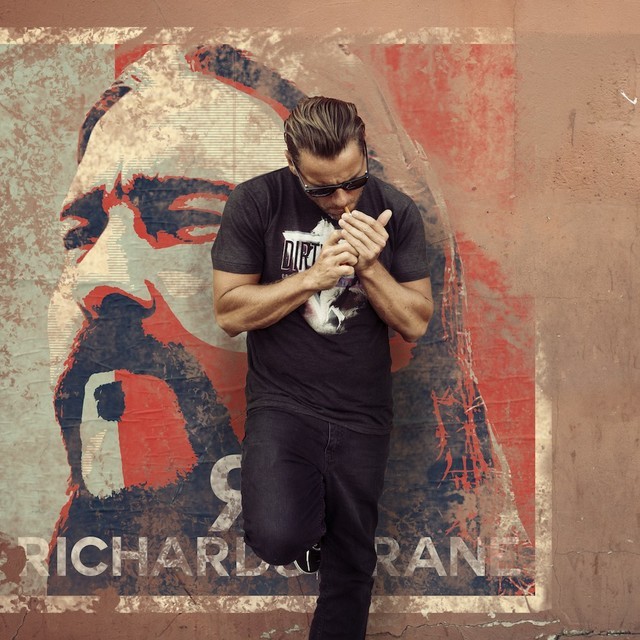 
Richards/Crane is a brand new project from Ugly Kid Joe front man Whitfield Crane and Another Animal guitarist Lee Richards. This their self titled debut album is released exclusively through pledge music as part of the pledge campaign for Ugly Kid Joe's latest album, 'Uglier Than They Used Ta Be'.
This album is about as far away from the Ugly Kid Joe release as Whitfield Crane could safely get! In place of raucous rockers we have acoustic driven melodic tunes, which again display an accomplished maturity within their song writing that only comes with experience.
Opener 'Homeward' has a laid back melancholy feel, driven along by the vocal melody and acoustic guitar. 'Everyone' is once again propelled along by the acoustic guitar, only this time augmented by subtle strings. 'Here In The Light' sees the gentle acoustic rhythms textured with some beautifully played electric guitar melodies. 'Black & White', which I guess is the albums lead single, features the vocal talents of a certain Mr Myles Kennedy, and proves to be a great song and solid introduction to the project.
'Someday' has a moody atmospheric feel to the music to accompany its positive lyrics. Quite possibly my favourite song on the album. 'Lost' is up next and is once more a beautiful song, this time the textured vocals driving the song, with a subtle string section augmentation. 'Waiting On A Prayer' quite possibly has the most rock feel to it, yet its still acoustically driven and for some reason it has a Crash Test Dummies feel to it!
'Rainy Day' is another beautiful and delicate little track, as is 'Don't Cry For Me'. Album closer 'World Stand Still' is a really great song.

On this self titled debut from Richards / Crane Lee Richards guitar playing is sublime, restrained and soulful, full of feeling, and Whitfield Crane is in fine voice.

Posted by The Sinister Angels realm at 23:30