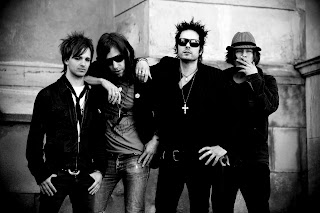 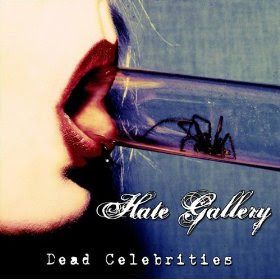 Having managed to find the time to help write record / produce and tour the First Warrior Soul album to come out in years all the members of Hate Gallery reunite to give us their new Dead Celebrities EP, which is itself a stop gap/ taster of the new album set to be release next year. This six track is absolutely brilliant, giving you everything you could possibly want from a modern rock band!
Opening up with the controversial title track, 'Dead Celebrities (Queen Of The Damned)', is as good as song as your ever gonna see, hooks, venom, clever lyrics and some excellent guitars along with a dirty great fat bass line that vibrates right down the spine!
'Liberation' is a hook-laden classic with a bit of an eighties feel. 'Love To Hate' is another lyrically astute monster of a track, that is the proud owner of one hell of riff,also coming complete with political samples and a wickedly cynical sneer!
'New God' is the definitive version of the same track that appeared on their debut album. ('Compassion Fatigue'). You can really see the Warrior Soul influences on this version, but as i said, considering the fact that a large portion of Hate Gallery now form the current incarnation of Warrior Soul its hardly surprising.
'The Man Without A Name' seems to drop the tempo a little, but not the intensity, a slightly mellower track, again with some excellent lyrics! Closing up this Ep is 'So This Is Life?' has a sampled live intro before going into yet another classic kick ass riff.
Dead Celebrities is one hell of an Ep just as Hate Gallery are one hell of a band, bring on the new album in early 2010!
Very highly recommended!