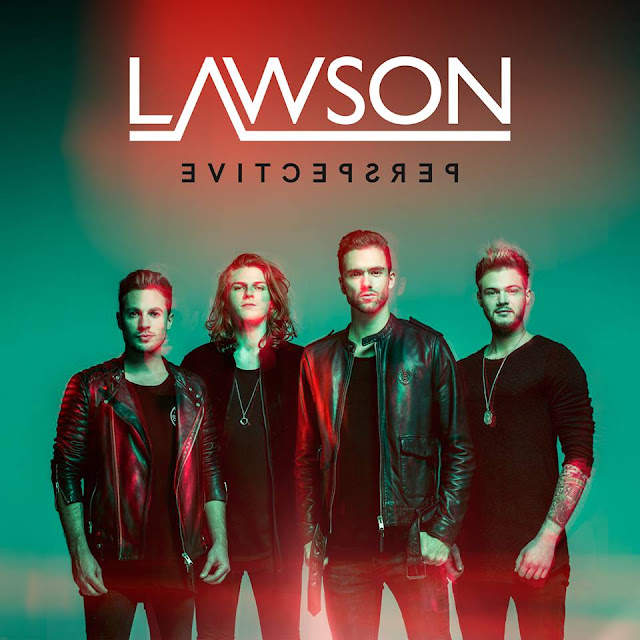 Lawson is an English pop rock band that originated in England, United Kingdom, consisting of Andy Brown (guitar, lead vocals), Ryan Fletcher (bass guitar, backing vocals), Joel Peat (lead guitar, backing vocals) and Adam Pitts (drums).
The band's debut album "Chapman Square", was released on 22 October 2012 and reached number three on the UK Albums Chart. To date, the band have achieved six UK top 20 hit singles. They are named after Liverpool-based surgeon Dr. David Lawson who performed life-saving surgery on Brown.
But how do they sound? Well to be fair not half bad if this new album is anything to go by. Think Thunder's popier moment's, Little Angels, Skin, Dan Reed Network, Kings Of Leon,  etc and get an idea.
Lawson produce a slick melodic pop/rock type of music, filled with texture and dynamics and never dull sterile or lifeless. Andy Brown's vocals are a perfect fit for the bands blend of pop rock managing to add that little something etc. to some very, very well written songs. "When I'm Old" is a lot more up-tempo than its title may suggest, whilst "Only Water" is a wonderful ballad with its piano lead and strings. "Lion's Den" is a great song, "I Look Away" is another well crafted ballad whilst "Love & War" is simply just a wonderful song.
Whilst Perspective may not be the type of music that I would usually listen too, a little more pop that rock for me, I have to say that every single track on offer here is very well crafted and executed perfectly.
Lawson ae a great band, and quite possibly the UK's answer / equivalent to The Kings Of Leon, plus Perspective is damn fine album ta boot!