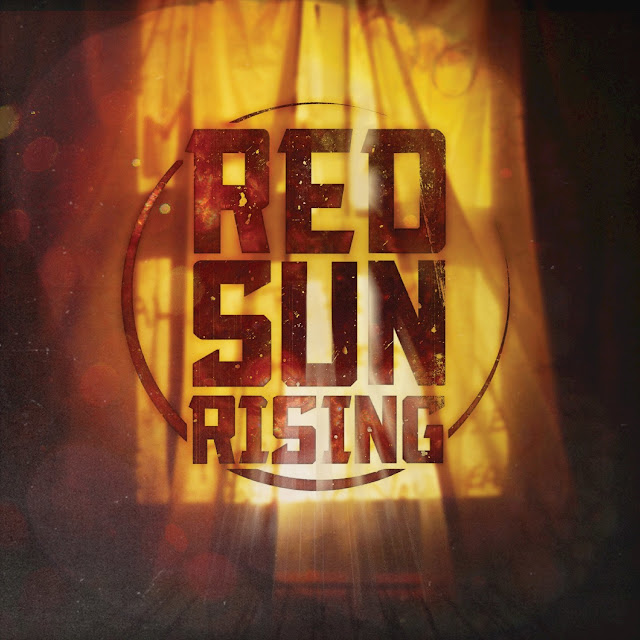 Red Sun Rising hail from Ohio (USA) and formed when long time friends, vocalist Mike Protich and guitarist Ryan Williams. Guitarist Tyler Valendza, bassist Ricky Miller, and drummer Pat Gerasia  decided to form a band. They quickly made a name for themselves with their tight live performances and well-crafted song writing. Their debut "Polyester Zeal" is a modern rock album, but with some refreshing twists and originality, unlike so many coming out of the USA today.
Produced by powerhouse producer extraordinaire, Bob Marlette (Black Sabbath, Sebastian Bach), Red Sun Rising’s debut release "Polyester Zeal" is not so much breaking new ground  "as it is re-imagining the past with an eye on nuance and an ear for melody."
Debut single 'The Otherside' offers a glimpse of the band’s melodic and anthemic sound, a good introduction to the band, and yet quite possibly the weakest song on the album!
The album’s opener, 'Push', is an aggressive and addictive kick-start to proceedings. The next track 'Amnesia' come across as a good mix of Alice And Chains and Cheap Trick! Huge melodies combine with strong and driving rhythms to create a retro vibe that culminates with an infectious chorus. Protich’s delivery is outstanding and blends perfectly with Miller’s strong backing vocals. In fact that is probably the best way in which to describe the entire album, huge melodies and driving rhythms.
With "Polyester Zeal" Red Sun Rising manage to successfully blend the best parts of seventies and nineties era rock music through the band’s own modern approach to song writing, something that pay's big dividends on songs like the darkly emotive 'My Muse' and the gritty acoustic swing of 'Emotionless'.
"Polyester Zeal" is one of the most exciting debut albums that US Rock has experienced in recent years.

Well Worth Checking Out


Posted by The Sinister Angels realm at 18:08