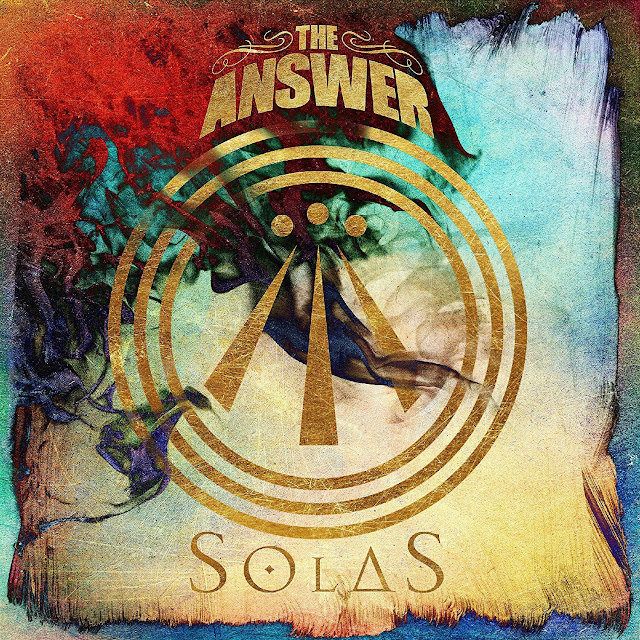 THE ANSWER are back with the brand new album "Solas" following hot on the heels of their re-mastered and re-released edition of 'Rise' earlier this year.
On "Solas" (the Gaelic word for light) the band have really grown and seem to have made a real about turn in their musical outlook. Less arena-ready blues rockers and more reflective songs and Gaelic influences in some of the music.
There is just so much to take in and enjoy from ‘Being Begotten’, which sounds like a Robert Plant solo song through to ‘Battle Cry’ which is just that, opening with some sweet gentle acoustic and Cormac’s beautifully poetic vocal.
Then a steady bass drum enters, building the song into an intense and deeply layered track, complete with strings and an uplifting chorus sung in Gaelic. An amazing song and one of the best songs this band have recorded.
The vocal arrangements, the uplifting lyrics – they have really nailed it on this one.
‘Beautiful World’ is a real left-field song, co-written with former Massive Attack producer/composer Neil Davidge, it has a cinematic and epic feel to the music that rises nicely to a full band crescendo.
The title track mixes a little Led Zeppelin with background atmospheres and Cormac Neeson really lets fly on his vocal powers. Listen to the outro you will be suitably impressed.
Oh and listen to ‘Untrue Colour’ for the Cars-like synth breaks – one for a future airplay/single release. They still rock out though, as ‘Left Me Standing’ romps along nicely and features Thin Lizzy approved guitars. There is also ‘Demon Drive Man’ driven by a straight riff..
‘Real Life Dreamers’ sees Cormac joined by Fiona McBride for a slow, haunting number and along with slow blues of ‘Tunnel’, add more variety to the mix. The latter song features Hammond and a blistering solo by Paul Mahon.

'Solas' shows a band truly coming of age and stretching themselves both musically and artistically as song writers.
Quite possibly one of the most important albums that The Answer will ever record, and definitely one of the best albums to be released in 2016!

Posted by The Sinister Angels realm at 20:50