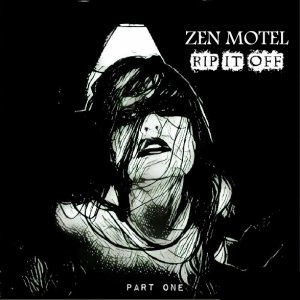 Following quickly on the heels of their Choking on the Chrome EP's, released earlier this year, Zen Motel present us with part one of their new covers album. Featuring just four tracks, and seeing the band tackle the material of some real heavy weights within the hard rock alternative scene with songs originally by Nirvana, Therapy?, Ryan Adams and God (the band not the big man himself!).
I have to say that I generally find cover albums rather hit and miss, but in the case of Rip It Off, Zen Motel have definitely nailed each and every song to perfection! In all four cases the band remain loyal and true to the original versions of the songs, yet still manage to put their own stamp all over them, and if I am honest I have to say that I prefer these four cover versions to the originals, especially Opinion, Sister and My Pal!

Posted by The Sinister Angels realm at 19:58