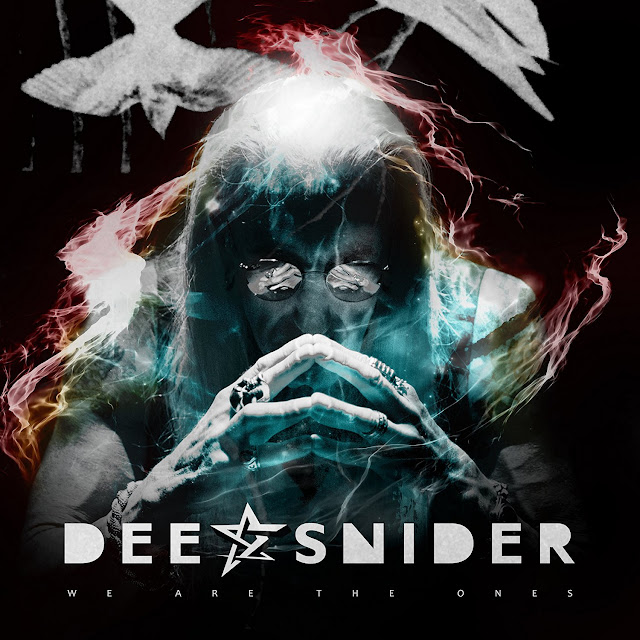 the legendary Dee Snider release's his third solo record titled "We Are The Ones" via Red River Entertainment / Ear Music.
Unlike his previous solo efforts, the rocker Never Let The Bastards Wear You Down or the easy listening lounge album Dee Does Broadway, the latest record is middle of the road. What I mean by that is that "We Are The Ones" rocks ‘less’ than Bastards but rocks ‘more’ than Broadway.
"We Are The Ones" is a some kind of a transformation from ‘rock and roller’ to ‘radio friendly’ or contemporary rocker.
One must approach this new Snider record without any preconceived notions because after all; it’s not a Twisted Sister, Widowmaker or a Dee solo effort like any other before it.
The production is punchy and there’s a lot of emphasis on the choruses and hooks.
Dee Snider himself sounds spectacular on this recording. There’s no question this is the handy work of Grammy Award winning Damon Ranger who serves as album producer & songwriter for the majority of the material on the album.
Ranger was the mastermind who pitched the idea to Snider to record a more ‘current’ sounding effort.
There’s two covers on We Are The Ones. The first is Twisted Sister’s 'We’re Not Gonna Take It' which is stripped down rendition of Dee singing along with a piano. This adds a brilliant twist to a classic song in my honest opinion.
The second is Nine Inch Nails’ 'Head Like A Hole' which is a great song penned by the mighty Trent Reznor but also very much overexposed. Aside from the intro to the song, it’s a ‘color by numbers’ or ‘karaoke’ rendition that you’d hear by a contestant on The Voice or The X Factor. It just doesn't work in my opinion.
Anyway, there are some of great moments — and I wish there would have been more — on the album. Title track 'We Are The Ones' rocks with good energy, the melodic rocker 'Over And Over Again' which boasts a huge chorus, upbeat tempo and excellent hook, and 'Believe',  which would seem to be a great tune to be played in a live setting. Together with the Bon Jovi Esque 'Rule The World'
The modern, acoustically based 'So What' is also quite brilliant, with its angry lyric attitude.
Unfortunately some of the other tracks seem to just fall short, especially 'Close To You' and 'Super Hero', together with the aforementioned 'Head Like Hole'.

Worth Checking Out and nice to see a genuine rock n roll legend continuing to release new music!

Posted by The Sinister Angels realm at 21:26