Obsessive Compulsive - Dreams Of Death and the Death Of Dreams 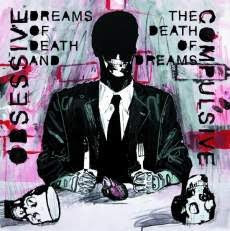 "Obsessive Compulsive Are A Gothic/Punk Band From Manchester, UK. Signed To Their Own Label Vociferous Rocords. They've Released Two EPs, June 2004's 'A Demon For Every Occasion' & 'The Corpses Of Thought' In January 2007. As well as this their debut full length album, 'Dreams Of Death & The Death Of Dreams'."

Imagine a modern day Die Cheerleader (from the early 90's) , with a more sophisticated and polished sound, then you'll be on the right tracks to understanding Obsessive Compulsives sound.

On this album the band have produced 11 great songs, that really showcase the terrific vocals of lead vocalist kelii's voice. (The line up is completed by Pete - Bass, Giz - Guitar and Dani - Drums.) Their sound is familiar angst-ridden, guitar-driven punk rock complemented by Kelii’s dirty, gutteral growls and creamy crooning. The music and composition is not particularly complex, but it works, and it works well. This is a refreshing album, and nothing like I expected it to be which can only be a good thing!
Id like to see the band try to push their musical boundries a little further on their next release but saying that this, their debut album is a great album well worth a few repeated listens!