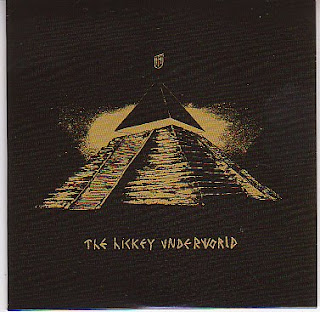 Belgium's The Hickey Underworld are one of those bands who are desperate to be seen as 'weirder' than they actually are, riding the Dan Brown secret symbol and conspiracy theory trail. This self-titled debut has proven a surprise hit on the Belgian underground scene, thanks largely to the band's great live reputation. The music wears its Nirvana and Dischord influences proudly on its sleeve, but they are so heavily filtered through years of alt-pop and stubborn continental eccentricity as to avoid allegations of emulation, meaning the final product sounds both original and relevant.
The Hickey Underworld are not going to set the international scene on fire, but they provide an enjoyable distraction for the duration of the album. Live as I said they are said ti be amazing, so maybe given the right supporting platform on a large tour things could take off for them.
Stand out tracks include 'Future Words', 'Blonde Fire' and 'Of Asteroids and Men...'