BLACKBERRY SMOKE - Holding All The Roses (2015)

Genre - Classic Rock / Southern Rock
Label -
Track listing:
01 - Let Me Help You (Find the Door)
02 - Holding All The Roses
03 - Living in the Song
04 - Rock and Roll Again
05 - Woman in the Moon
06 - Too High
07 - Wish in One Hand
08 - Randolph County Farewell
09 - Payback's A Bitch
10 - Lay It All On Me
11 - No Way Back to Eden
12 - Fire in the Hole
American classic rockers BLACKBERRY SMOKE have been around for more than a decade, but it was their last album from 2012 that saw their popularity explode, and last year you'd have to have been living in a cave in Afghanistan to have failed to hear something about them. They toured extensively the last two years, but somehow the band found time to also release a live album and also write and record a new studio album which will be released on 9th February: "Holding All The Roses".
"Holding All The Roses" is an American term meaning you’re the winner. It’s an appropriate name for this, Blackberry Smoke’s fourth studio album, as this band is fast becoming the one everyone else in the Southern Rock genre is chasing.
But they are not a one trick pony; their music combines as well blues, hard rock, rootsy American rock and more.
Singer Charlie Starr, guitarist Paul Jackson, keyboard player Brandon Still and brothers Brit and Richard Turner on drums and bass respectively are really strong as unit. Their music is honest Classic Rock with influences from the last 40 years in the genre, all fused with a cool, feel-good vibe.
Produced by Brendan O'Brien (AC/DC, Aerosmith), represents somewhat of a feather in the cap for Blackberry Smoke, proving that their star is definitely on the rise.
The first song on the album is the lead single - "Let Me Help You (Find the Door)" which is already receiving plenty of airplay from radio stations across US / Europe. A fun, foot-tapping classic rocker with an inviting riff.
Next, title track would get anyone on the dance floor, then the melodic and more mid tempo driven "Living in the Song" will bring you back memories of you on the beach playing the guitar.
"Woman in the Moon" is a laid back song (not exactly a ballad) and one of my favourites, while in the melodic "Too High" the Southern / country influence becomes the dominant one. It's a damn good track, and is one oh many highlights of the CD.
But my favourite should be "Payback’s a Bitch", a sure fire anthem with a pumping rhythm section and classic verses, the type of song that always will get the crowd going.
Next, the retro "Lay It All On Me" is a bit boring, but Blackberry Smoke returns to rocking mode with closer "Fire in the Hole", a groovy tune with some seventies hard rock / psych on it.
Blackberry Smoke's "Holding All The Roses", in short, it's resolutely old-school Classic Rock.
You can hear a lot of musical references, and despite the band is being sold as 'Southern Rock messiahs', there's many musical styles blended here, Southern is just one of them.
This is Classic Rock, but in an 'American way', speaking about the overall sound. The song writing is solid and varied, with carefully well written lyrics.
My top tip with this album is to listen to it. Sounds obvious but what I mean is, don’t just tap your feet along with the music. Sit back, and actually listen. It’s an album with a lot of opinions, a lot to say, and if you take the time you'll find a lot to relate to. If you need to be convinced, take three minutes and listen to "Wish in One Hand". You'll know what I mean after that.
Really good refreshing stuff.
Rating - 9/10 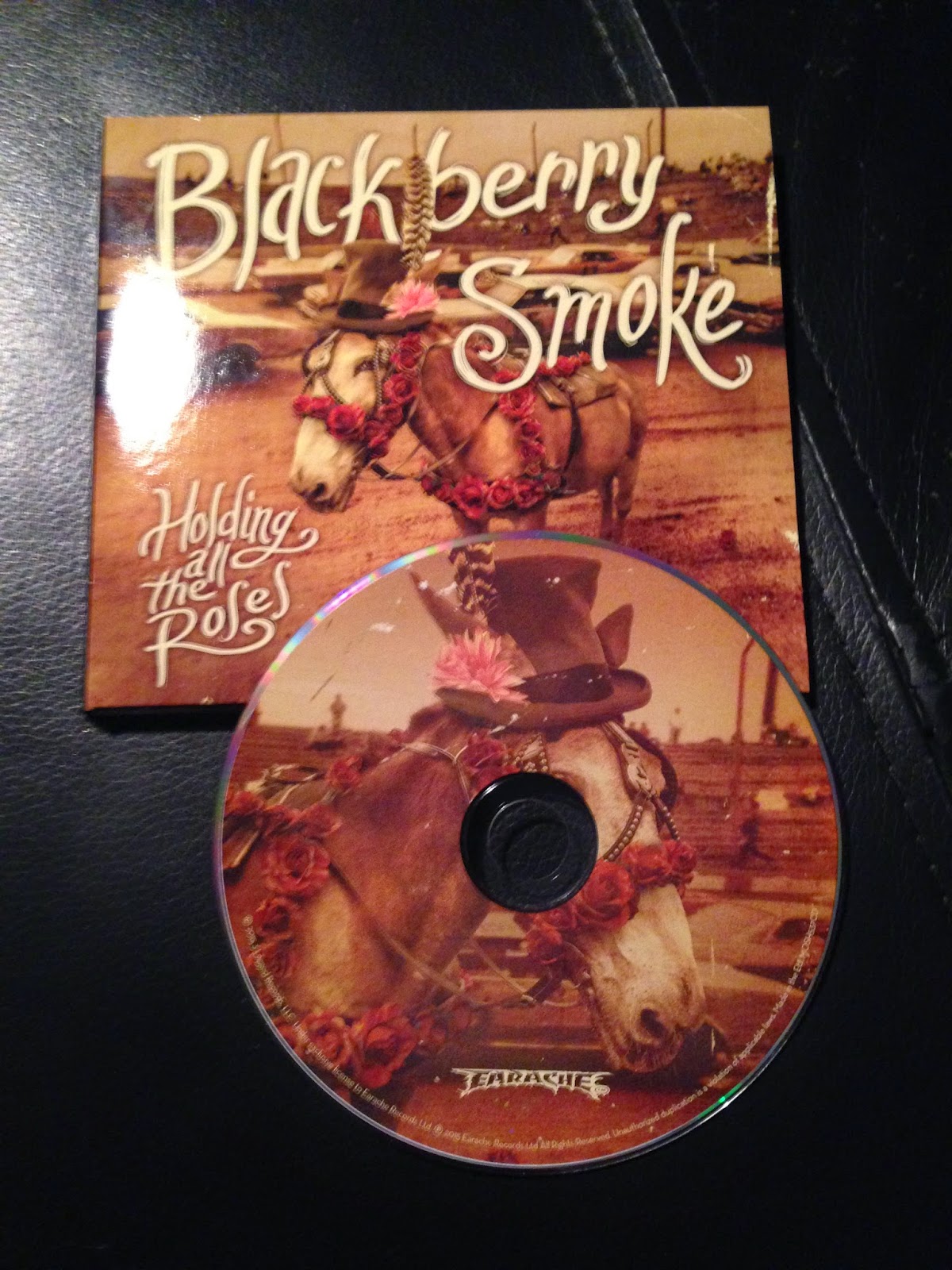 Posted by The Sinister Angels realm at 20:26