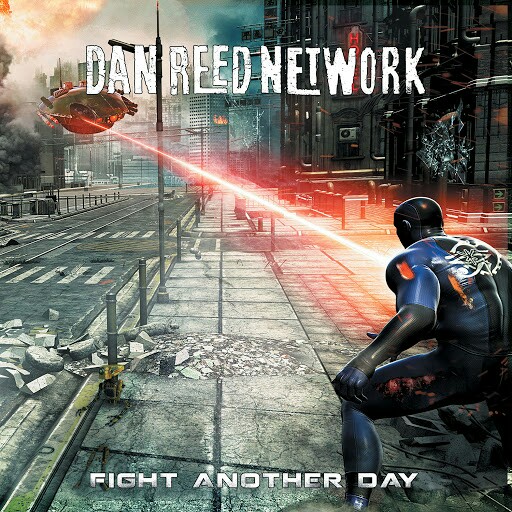 ###### First things first, the following review is not my own work, but I have chosen to reproduce it here as I agree entirely with its sentiments. All credit must go to the original reviewer #######

Frontiers Music  release DAN REED NETWORK’s brand new record “Fight Another Day". The new album marks the anticipated return of one of the most infectious and gifted bands to come out in the melodic rock world in the second part of the '80s.

At the end of 2012 the band re-convened in their hometown of Portland, Oregon for a New Year celebration and the rest, as they say, is history. Appearances at Download Festival and a couple of short UK tours and – surprise surprise – the announcement of a brand new album.
It was as if they have never been away and it is the same with new album “Fight Another Day”. The key is clearly quality material and a definite zest for performance from all band members.
Whilst 1991′s ‘The Heat’ was Dan Reed Network’s most successful album it wasn’t their most consistent. This latest offering takes up the story and 25 years of silence is quickly forgotten about.

The band featured ‘Divided’ as advance single and it showcased that the magic is still there. The same applies to the whole album, with immediate appeal to anyone who enjoyed those earlier albums with the characteristic meld of funk and melodic rock and with a wider social conscience than previously - check ‘Infected’, ‘Save The World’, ‘Eye Of The Storm’.
Those who have followed Dan Reed’s parallel solo career will know that he is a great songwriter who brings gold dust to a project and nowhere is this more evident than on ‘Champion’, an utterly compelling case for buying the album.
The power chords that introduce ‘Give It Love’ recall Starship’s song Jane and underscoring yet another album highlight.

Fans will love the mix of old and new influences. Mid-tempo ‘Be There With U’ has all the charm of ‘Rainbow Child’. ‘The Brave’, ‘Reunite’ and ‘Heaven’ evidence Dan Reed’s essentially uplifting, anthemic approach with quite wonderful vocals throughout. The feel-good quotient is high on this album.
‘Sharp Turn’ combines the brilliance of Seal’s Crazy and Johnny Hates Jazz (Don’t Say It’s Love), so rooted in the late-1980s and early '90s just as it should be.
Just when you thought it couldn’t get any better the album closer ‘Stand Tall’ delivers a wonderful funk grind punctuated by Rob Daiker’s superb keyboard fills.

Some might say that "Fight Another Day" is more of a Dan Reed solo album, as the rest of the band do seem to be subjugated to the power of the song and vocals, with Brion James' guitar notably restrained on some tracks.
But "Fight Another Day" is a complete triumph, totally relevant, and underlining a wonderful comeback that can only go from strength to strength.
Highly Recommended

Posted by The Sinister Angels realm at 23:10