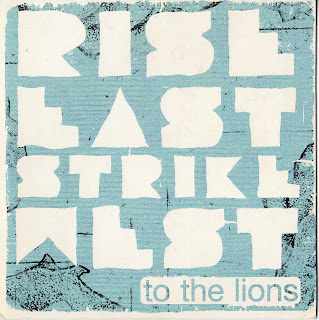 Rise East Strike West are a young band who only formed in early 2009, They have spent the intervening time writing and recording their debut EP 'To The Lions' in Oxford.
RESW are an alternative rock band, who show a lot of maturity in both their song writing and delivery considering how short a time they have actually been together.

The three tracks on offer here, ' To The Lions', Steal The Sunshine At Your Peril' and ' Guns For Show (knives for jean reno)' are all of a very high standard, and are very reminiscent of another alternative rock band Kashmir from way back in the day.

All three songs tend to follow the same formular, which works brilliantly, beautiful gentle melodic almost Jazzy openings, building in intensity and heavines as the songs progress.
Please dont get me wrong, each of the songs is very individual and distinctive, its just the way the band structure them.

Each of the songs get better and better with each repeated listen, each time giving up a new layer of soundscape.