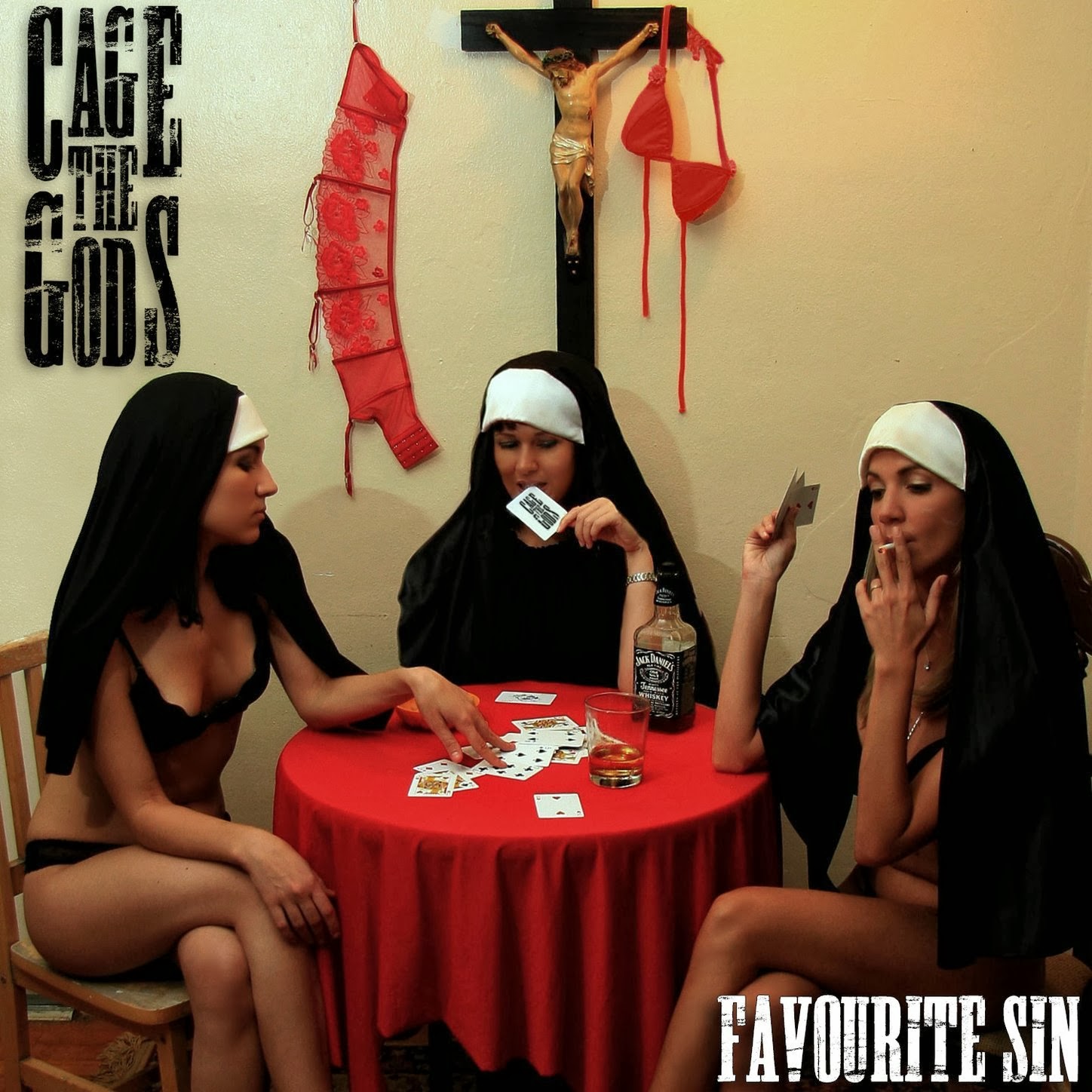 "Favourite Sin" is the debut EP from CAGE THE GODS, a new and exciting, young British Hard Rock four-piece that manage to fuse together rock ‘n’ roll culture from all of the four corners of the UK. Irishman Peter Comerford on vocals, Scotsman Jam on guitar, Mitch Witham on bass from Wales and then English sticksman Colin Jones.
CAGE THE GODS have already toured with Pretty Maids, The Answer, Tainted Nation and most recently they were supporting The Treatment.
The Ep opener and title track “Favourite Sin”,  is a fast and energetic opener with some good sleazy guitar riffs and bouncy drumming. The bass is heavy and domineering, and Comerford's vocals soar above in fine style. The radio friendly chorus is infectious and catchy. A great opener and song ta boot!
“From The Start” has some funky sounding bass and bluesy guitar lines,  with a slower and more restrained tempo than the first song. It's a highly rhythmical track driven by a cool riff.
Next “Wake Up” is one of the strongest numbers on this EP. Again a song with a slower tempo, but the excellent guitar riffs and different tones used throughout are really, really nice, and the chorus is dramatic with such an epic feel. This could become a classic hard rock song in years to come!
“Sacrifice” ends the official release strangely presented in its acoustic form, warmly done.
We then come to the bonus tracks to be found on some formats, one of them is “Sacrifice”, but a full blown  electric version. This rocker acquires a new dimension fully amped up, and rocks hard.
The other track is called “Bruce Willis (My Time Is Now)”, great title eh? This one was originally chosen to be the single and main title of the EP, but they left the track off the album. Honestly I don't understand why, because it's a killer hard rocker with a strong live vibe.
Cage The Gods’ debut release "Favourite Sin" shows a band with tremendous potential, with enough variation in both pace and style to please any demanding classic hard rock fan. Definitely a band to keep your eyes (and ears!) on.


Posted by The Sinister Angels realm at 12:24