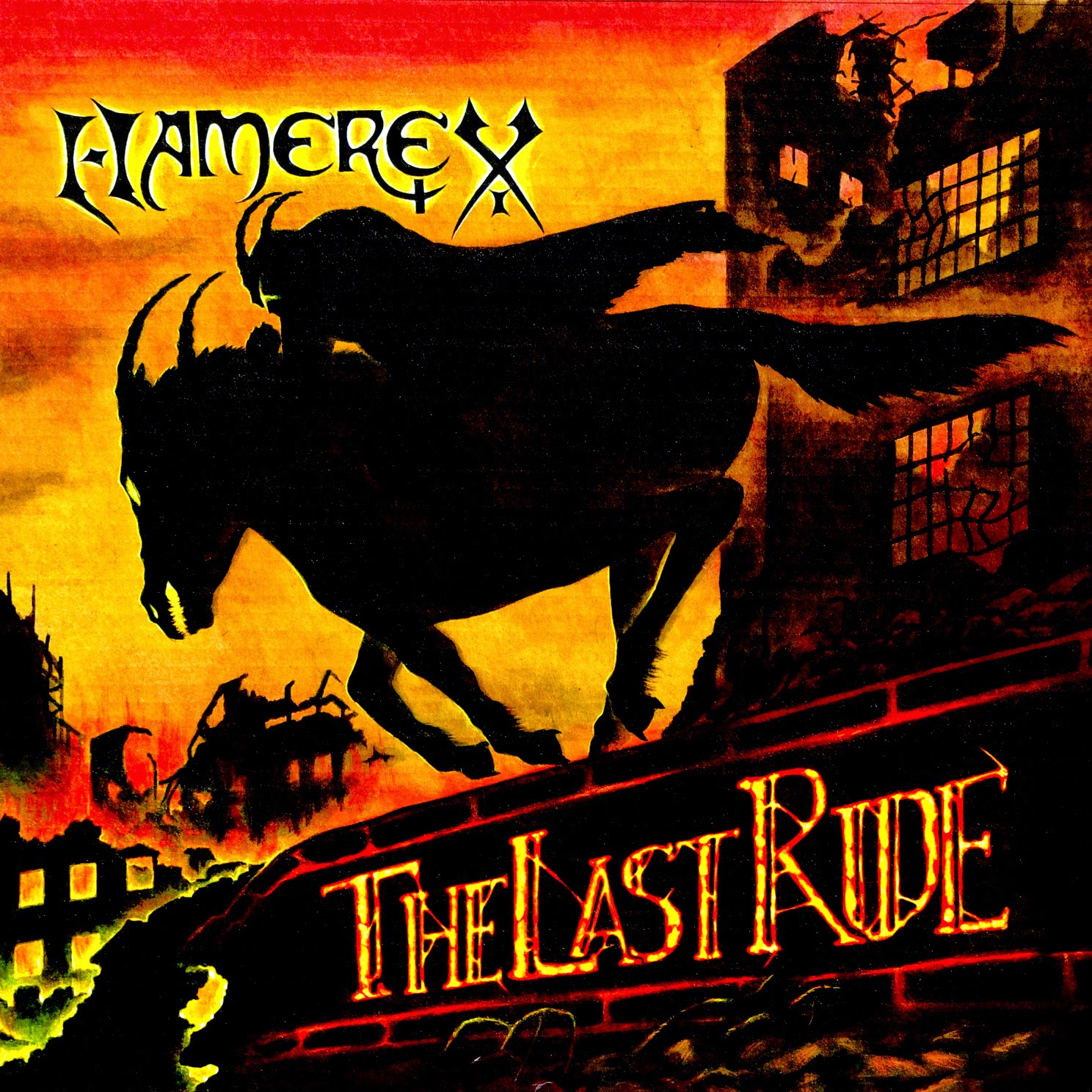 Hamerex are a British Metal band formed in August 2004 by guitarist Steve Blower. They deal in that good old fashioned in your face heavy metal ala the Paul Diano's Killers, Judas Priest, Iron Maiden and Manowar with touches of Megadeth thrown in for good measure.
They return with their latest Ep, The Last Ride, which has been available for a little while now, and well is a stonker!
Opening with the atmospheric instrumental, Calm Before The Storm which builds effortlessly into the blistering Natures Wrath. Already only this far into the EP and its evident that the guys are in excellent form!.
Ride On Ruin follows and this song to me has a real NWoBHM feel about it, with its four horse men feel. Some great double bass drums through out together some awesome axe work!
Reign of Fire has the unenviable task of coming next, and what a great track it is, very reminiscent of early Bruce era Iron Maiden. A great song which had me reliving my youth thanks guys!
The Ep closes with Apophis which is a great song with all of its twists and turns, a great way to close out a great EP.
Hamerex prove that there are still bands that are not only inspired by the classic metal acts of yesteryear but are also more than capable (and willing) to carry the torch forward for the genre!
Great band, great songs, solid EP, I just wish that it was an album!

Recommended to all fans of good old honest heavy metal!