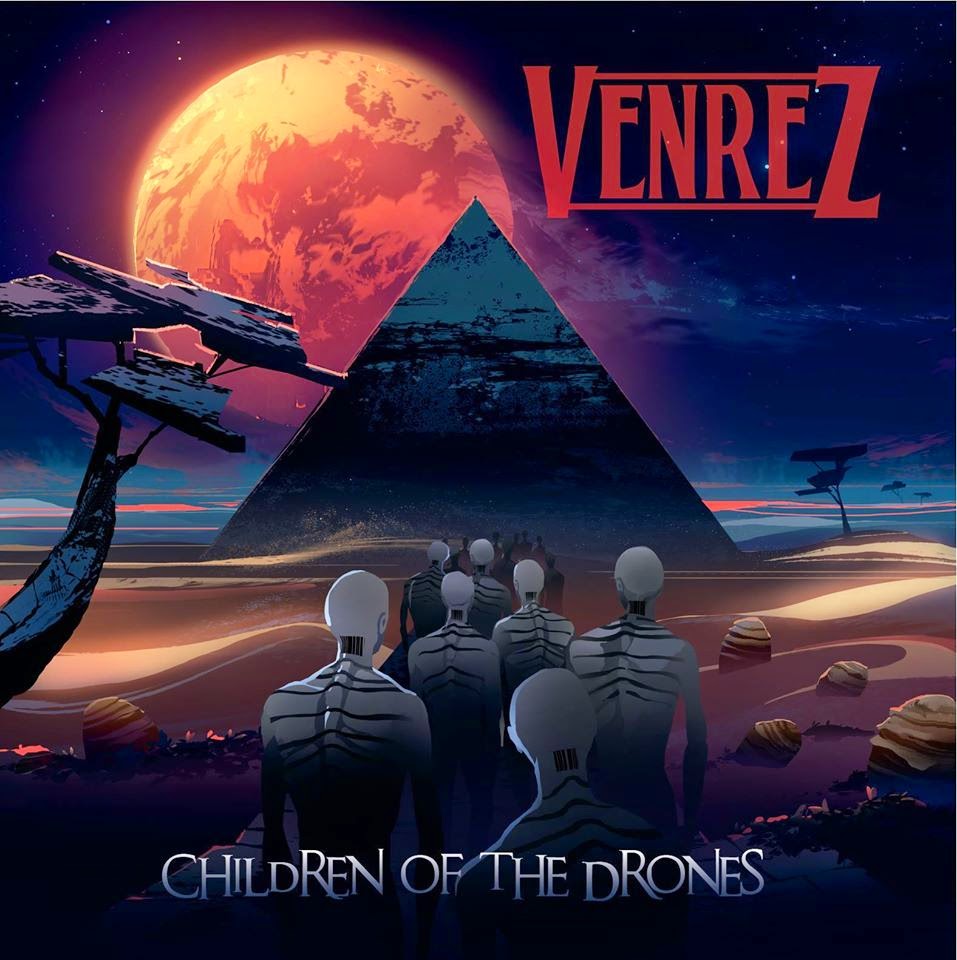 L.A. based rockers, Venrez are back with their third release, ‘Children Of The Drones’. Ven – vocals Jason Womack – guitars Nico D’Arnese – bass Ed Davis – drums. This time around the band serves up a sonic rock sound that seems them really going for the throat.
The album opens up with the atmospheric and moody mid tempo Hang The Predator before bursting into life with the albums rocking title track. Devils Due manages to somehow combine elements of the two previous tracks, with the vocal effects and up tempo riffs. Salvation is yet another fine rocking track that maintains the albums pace whilst twisting and turning through many tempo changes during its course.
Mist of Mercy slows things down a little with its acoustic driven intro and almost psychedelic feel. A great song that for some reason reminds me of US doom rockers Troubles more mellow moments.
Deep is up next and sees the guys return to the heavier groove of the Hang The Predator. Another great song.
20th reason follows, and this one is a rather nice mid-tempo melodic rocker. Reflection is up next, another great slow melodic rocker that twists and turns through tempo changes and various guitar atmospherics.
Spin The Top has more of a crunchy grinding riff, great song that really sets up the albums closer, Sacred Blood, which is great epic track in the style of the great rock albums of yesteryear.
The albums production is awesome throughout and really allows the songs to shine.
With Children Of The Drones, Venrez serve up melodic songs that have a real substance to them, along with some real attitude and maturity. This is a truly great album that deserves plenty of exposure!
Highly Recommended

Posted by The Sinister Angels realm at 21:59