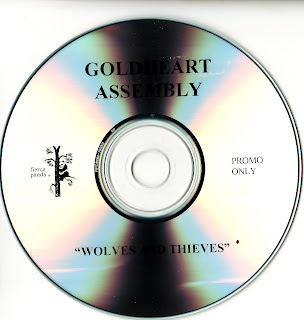 Wolves and Thieves is 12 track album filled to the brim with thoughtful heartfelt beautifully lush melodic tracks.
Opening with 'King Of Rome' the standards are set for this 6 piece, but the tracks just keep coming, everyone as good as the last.
Unbelievably this album was recorded in a makeshift studio by the band themselves, yet the sound and the production is just brilliant.
The band are just as at ease playing a movingly gently indie ballad ala REM (such as 'Anvil' or 'So Long St Christopher') as they are rocking it up on tracks like 'King Of Rome'.
Most of the songs are acoustical led, which lends the album to being a great one for chilling out too.
You should give these guys a spin, you wont be disappointed!

The Albums out on March 15th via Fierce Panda records.