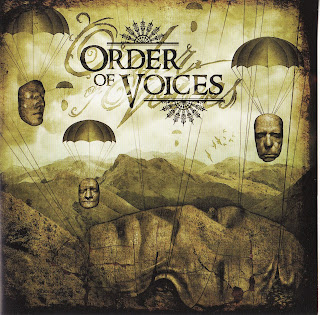 ORDER OF VOICES formed in 2009, with the express aim to create some of the most ambitious music produced by a British alternative rock band in the last 10 years.

Their debut album showcases the fact that they managed to pull it off!
Order of Voices is an ambitious album, bringing together soulful melody with some great rocking riffs and a surreal feel throughout.
You could say that there is a prog rock element to the bands music, but that maybe doing them a dis service, as everyone of the 8 songs on this album are so well constructed and thought out, yet the soul and heart of the songs remain intact. Opening with 'For Me', a classy track with plenty of tempo changes, the band let you know exactly what you are in for.
There is no set formula here that the band follow, just excellent songs performed by some amazingly talented musicians
Order of Voices are well worth checking out, you may find that you've discovered and new favourite band!