The Brew - The Third Floor 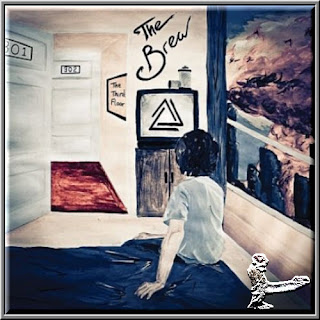 "Though often named a modern blues band, The Brew have evolved far beyond the restrictions of blues to become one of Europe's most prominent rock bands. Hailing from Grimsby (UK) the band draws inspiration from a wide range of influences, from the experimental psychedelic tunes of the '60s, to more contemporary artists on the rock scene.

The band's extensive European tours have resulted in a massive underground following, which is just beginning to break into the mainstream as their fan-base rapidly increases. Appearances across national television and radio stations in Belgium, France, Germany, Poland, Spain and Holland have confirmed the band as one of Britain’s better known musical exports."

Here we have eleven finely crafted and excellently executed songs. It would be unfair to label them simply as blues song, as they are so much more, crossing many musical boundaries, through classic and hard rock to psychedelic rock!
This multi generational trio's line up consists of Jason Barwick - Lead guitar, vocals (born in 1989), Tim Smith - Bass guitar, vocals. (Father of Kurtis.) and Kurtis Smith - Drums, vocals (born in 1988), and boy do they know how to put together a song, just check out the title track alone!


The Third Floor is a very solid album and well worth checking out!


Posted by The Sinister Angels realm at 22:18